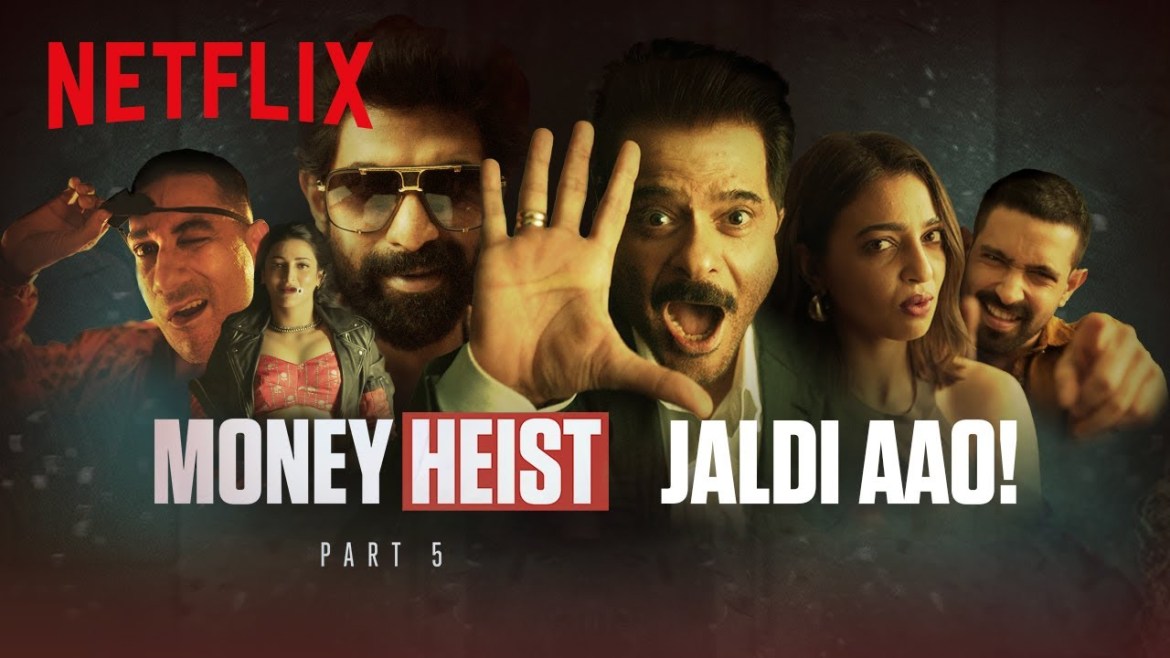 In 10 days, Money Heist season 5, volume 1 will be released. As if the theories and ads weren’t enough to get you excited for the next season, Netflix India has created a new song called Money Heist Anthem to promote the two-part series finale.

A couple scenes from Money Heist are recreated in the music video.
Shruti channelling Nairobi with a flower in her mouth after the character’s death in season 4 and Anil Kapoor dancing on the money bed like Denver did after the first robbery are examples of this.

Radhika also features in the video with Vikrant Massey and speaks on behalf of every fan when she says she wishes to see Arturo dead in the final season. Watch the video below:

Season 5 of Money Heist is split into two parts. While the first season, named Vol. 1, will launch on Netflix in September, the series will end in December with the premiere of Vol 2.

The Spanish programme follows a mastermind known as the Professor and a bunch of criminals who join forces for a couple of heists. The first theft took place in the Royal Mint of Spain and spanned the first and second seasons. The Bank of Spain is the site of the second heist, which will culminate in season 5.

Although several plot spoilers are still under the wraps, the teasers and posters have fans speculating that the team will not survive the second heist. A recent teaser, introducing Berlin’s son Rafael, has given fans a sense of hope that the group could survive the final season.