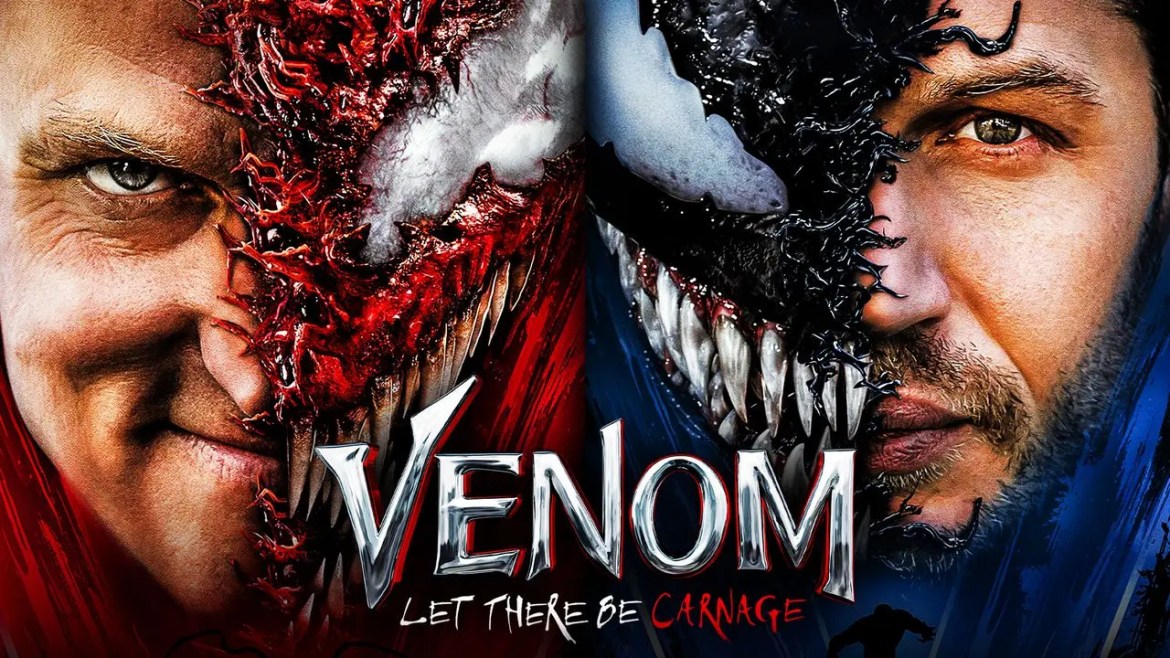 Venom: Let There Be Carnage – Venom’s origin story is complete, just in time for things to get interesting in the post-credits scene.

As origin stories go, the original Venom film was fine. The Spider-Man-adjacent Marvel supervillain spin-off introduced major names you need to remember, had a healthy mix of action with comedy and ended on a high note. The one thing we didn’t get was a solidified identity for our antihero, so while some were excited to see a sequel with an even bigger, badder villain to fight, I was most psyched to see Venom actually become the lethal protector comics fans know and love.

And fortunately for everyone, I’m delighted to say you get what you came for with this sequel Venom: Let There Be Carnage.

Let There Be Carnage opened on, Oct. 1, in the US, followed by Oct. 15 in the UK, while Australia has to wait until Nov. 25. The sequel picks up not long after the original 2018 Venom movie left off, with Eddie Brock (Tom Hardy) trying to be a written-word journalist instead of a video host despite the distraction of an alien symbiote bonded to him, as originally seen in Marvel’s Spider-Man comics. The previous movie ended with the “We are Venom” line that made so many giggle with delight, but that unity was short-lived.

Eddie wants to keep Venom happy with special chocolate-containing chemicals that will help Venom survive without eating Eddie from the inside out. Unfortunately for him, Venom is keen to get those chemicals from the brains of bad guys. This disequilibrium causes a lot of problems for Eddie in his professional life, which reaches a fever pitch when the police repeatedly respond to the request of the locked up serial killer Cletus Kassidy (Woody Harrelson).

Just as Tom Hardy is the ideal fit for the role of Eddie Brock, Woody Harrelson could not be more perfect as Cletus Kassidy. We saw a tantalizing glimpse of this off-kilter performance at the end of the first Venom film, but Harrelson truly delivers in the sequel. Everything from his dramatic changes in pitch to his unsettling body movements and even his weird haircut come together to form a character that isn’t physically threatening but is nonetheless chilling.

Kassidy wants nothing more than to spend another day on this planet with his childhood love and fellow violent psycho Frances Barrison, known in the comics as the mutant Shriek due to her sonic capabilities. While Shriek is never called by name or deliberately labeled as a mutant in this film, the powers are there and used very well throughout the film.

Eddie’s efforts to force Venom to fall in line with what he needs to feel like a normal and productive member of society backfire spectacularly, accidentally creating the symbiote offspring Carnage inside Kassidy. Where Eddie isn’t keen to hurt anyone and Venom is happy to only hurt wrongdoers, Carnage and Kassidy have neither of those limitations and the result is extremely violent. At least, it would be if this movie wasn’t rated PG-13. As a result, much of the actual carnage is done through bloodless body slams and lots of property destruction with the occasional implied eating of heads. In truth, demonstrating that Carnage is a lot more violent and messy than Venom is challenging under these limitations, and in some scenes your imagination is doing most of the heavy lifting. There’s also some awkwardness in the definition of Carnage’s abilities, at one point inserting itself into a laptop and hacking a government database to advance the plot.

The movie truly shines in its well-timed moments of emotion, and in the fight between Venom and Carnage. The relationship between Eddie and Venom is treated like an actual relationship, and while director Andy Serkis largely depicts this through a comedic lens it still leaves you with a warm happy feeling. And in the middle of this couple breaking up and getting back together, two giant aliens beat the stuffing out of one another — which is beautiful in a different way.

A great deal of time is spent on whether it’s more important to be the strongest physically or the strongest as a team, and while most superhero movies deliver this message in the most ham-fisted way possible Let There Be Carnage actually carries some onscreen emotional charge in between the shattered pillars and stabby sound effects.

It’s rare for a sequel to outperform the original, but Venom: Let There Be Carnage does so in every possible way. It’s funnier by a mile, the action is much improved and the overall story is considerably more compelling. Plus this movie actually finishes the origin story framework started in the first film, with our main character finally deciding to be the “the lethal protector” anti-hero Venom. If you liked the first movie, you’re going to love this sequel. And if you weren’t totally sold on the original Venom, there’s every chance you’ll like this movie a lot more.

Go see this film, and stick around for the end-credits scene because it’s going to make Venom fans happy.