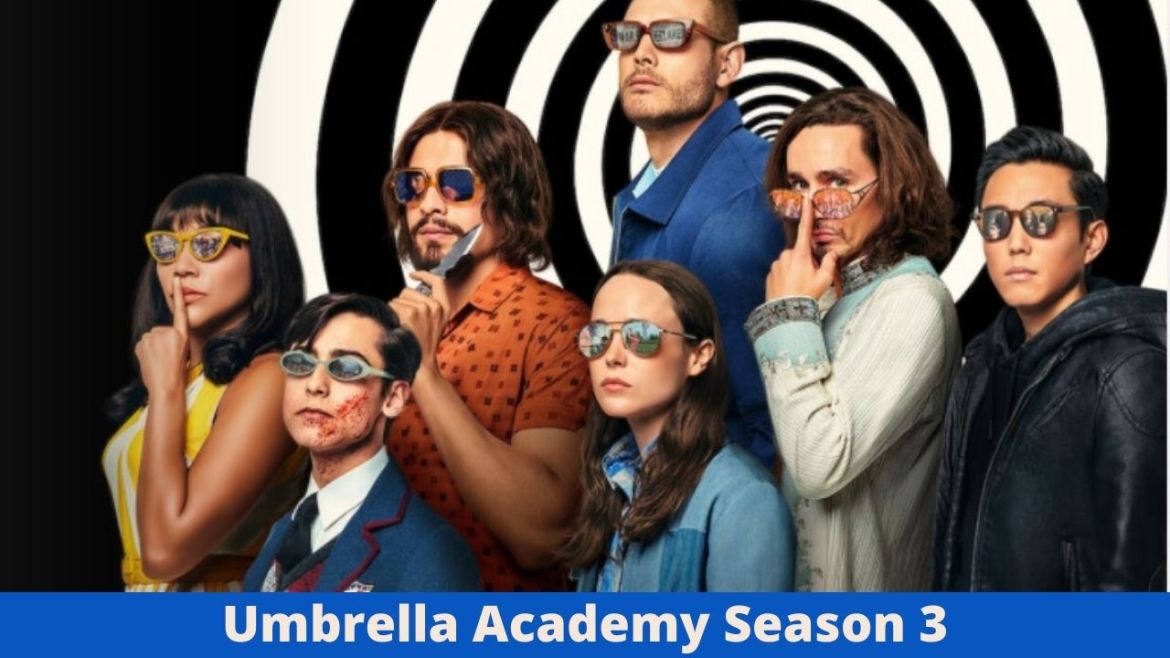 Elliot Page is sharing the first photo of his Umbrella Academy character in the upcoming third season for the Netflix series.

Elliot Page is sharing the first photo of his Umbrella Academy character in the upcoming third season for the Netflix series.

The actor, who came out as transgender in December 2020, wrote an introductory message on Tuesday alongside the image, which sees the character sitting alone at a darkened bar, looking up at something offscreen: “Meet Viktor Hargreeves.”

Previously, the character was known as Vanya and used she/her pronouns for the series’ first two seasons. Now, the character will be referred to as Viktor and use he/him pronouns when the new season kicks off Wednesday, June 22.

Netflix confirmed the news when it reshared Page’s tweet on Tuesday afternoon, writing, “Welcome to the family, Viktor — we’re so happy you’re here.”

His Umbrella Academy co-stars and fellow Hollywood peers, such as Indya Moore, Julia Garner and Tommy Dorfman, expressed their support on Tuesday for Page and his character, Viktor, on social media.

“Ben would be so proud,” tweeted Justin H. Min, who plays a fellow Hargreeves sibling.

“I love you,” co-star Emmy Raver-Lampman commented on Page’s Instagram alongside a heart emoji.

The onscreen transition for the character reflects Page’s real-life journey offscreen. When Page publicly shared that he was transgender in 2020, Netflix confirmed that he would continue to appear on The Umbrella Academy.

“I am trans, my pronouns are he/they and my name is Elliot,” Page wrote at the time of his announcement. “I feel lucky to be writing this. To be here. To have arrived at this place in my life. I feel overwhelming gratitude for the incredible people who have supported me along this journey. I can’t begin to express how remarkable it feels to finally love who I am enough to pursue my authentic self.”

“I’ve been endlessly inspired by so many in the trans community. Thank you for your courage, your generosity and ceaselessly working to make this world a more inclusive and compassionate place. I will offer whatever support I can and continue to strive for a more loving and equal society,” he continued.

In the new season of The Umbrella Academy, convinced they prevented the initial apocalypse and fixed the timeline once and for all, they soon realize things aren’t how they left them. Enter the Sparrow Academy, featuring an alive-and-well Ben Hargreeves (Min). Smart, stylish and about as warm as a sea of icebergs, the Sparrows immediately clash with the Umbrellas in a violent face-off that turns out to be the least of everyone’s concerns.

Navigating challenges, losses and surprises of their own — and dealing with an unidentified destructive entity wreaking havoc in the universe (something they may have caused) — now all they need to do is convince Dad’s new and possibly better family to help them put right what their arrival made wrong. Will they find a way back to their pre-apocalyptic lives? Or is this new world about to reveal more than just a hiccup in the timeline?