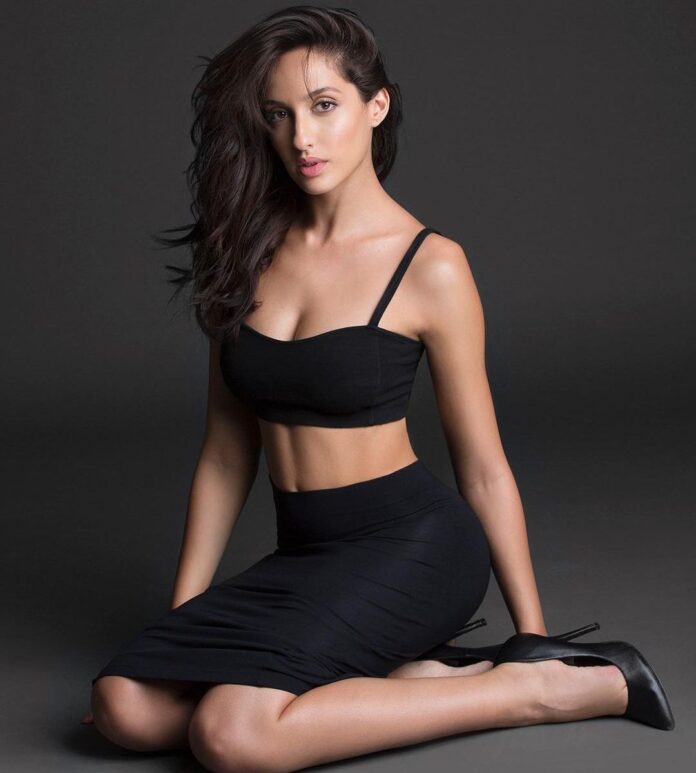 The trend for item numbers began in the late 80s and with passing years they turned into a mandate to every movie. That’s the reason, you can mark item songs in most of the recent Bollywood movies. Let’s have a look at the list and tell us your favorite item girl of Bollywood in the comment section. The audience always loves item songs irrespective of the movie. We have shortlisted here the top ten hottest item girls of Bollywood who are item song icons in 2021.

Katrina first appeared in a movie as the girlfriend of Abhishek Bachchan in Sarkar (2005) but gained popularity from the next movie Maine Pyaar Kyun Kiya opposite Salman Khan. The success of her item songs proves her one of the best and hottest item girls of Bollywood of this decade. She is a popular model and actress who primarily features in Hindi films and currently one of the highest-paid actresses in the Bollywood industry.

Elli started her acting career with Förbjuden Frukt (2008) a Swedish movie, and then in a Hindi movie as Kamayani George in Mickey Virus (2013). Elisabet Avramidou Granlund, popularly known as Elli AvrRam was born on 29th July 1990 in Sweden.

Also, she appeared in Big Boss 2013 as a contestant. Currently, she is also regarded among the hottest item girls of Bollywood due to her bold performances in items songs like Bam Bam (Kis Kisko Pyaar Karoon), Kudiya Sher Diyan (Poster Boys), and Chamma Chamma (Fraud Saiyaan). She is an actress portrays in the Hindi, Telugu, Tamil, and Kannada film industries. She became a member of the Pardesi Dance group at age of 17 and performed in Bollywood songs primarily.

Another hottest and sexiest Bollywood item girl in 2021 is Nusrat Bharucha. Besides that, she has also featured in super hit Bollywood item numbers Gat Gat (Dream Girl), Deedar De (Chhalaang), and Saiyaan Ji (video song). She is an Indian actress who works in mostly Hindi movies and was born on 17th May 1985. She made he debut with the Hindi film Jai Santoshi Maa (2006) and is best known for her female lead in Pyaar ka Panchnama, and as Sweety in SonukeTitu ki Sweety (2018) where she danced on item number Chhote Chhote Peg.

Undoubtedly, she deserves 7th place among the top 10 hottest item girls of Bollywood in 2021. Then she performed in Kyunki Saas Bhi Kabhi Bahu Thi, a drama series by Ekta Kapoor. Mouni Roy was born on 28th September 1985 is an Indian actress, Kathak dancer, singer, and former model. She began her career as a background dancer in the song Nahi Hona (2004). She primarily works in Hindi films and television shows. Later, she gained her fame with her role as Sati (Devon Ke Dev Mahadev) and a supernatural serpent Shivanya (Naagin-1).

Being one of the hottest Bollywood actresses, Mouni has also performed to the Bollywood item numbers like Nachna Aunda Nahin (Tum Bin 2), Gali Gali (KGF Chapter 2), Odhani (Made in China), and Patli Kamariya in 2021.

Kriti Sanon is currently one of the hottest item girls and sexiest actresses of Bollywood. She was born on 27th July in 1990 the Indian actress works for Hindi, Telugu movies. She pursued her modeling and made her debut in 1: Nenokkadine (2014) in which she danced on Aww TuzhoMohKorta. Her first debut movie opened her doors to Bollywood. In 2015 she starred against Tiger Shroff as the female lead in Heropanti (2014). Later on, she acted and danced in Main Tera Boyfriend (Raabta), Sweety Tera Drama (Bareilly Ki Barfi), Aao Kabhi Haveli Pe (Stree), and Coca Cola Tu (Luka Chuppi).

Chitrangada Sinh is a most underrated Indian actress who was born on 30th August in 1978. She mostly appears in Hindi movies, fashion shows, and brand endorsements. She made her debut with a Hindi film Hazaaron Khwahishein Aisi (2005) which gave her much acclaimed. Later on, she played the role of Tanya Sharma in Desi Boyz (2011) and given a bold item number, Allah Maaf Kare. Besides, she made her guest appearance with item songs like Aao Raja (Gabbar is Back) and Kafirana (Joker). Whatever song it may be Chitrandaga Singh owes it all with her sizzling screen presence. So, when discussing the top hottest item girls of Bollywood, she is definitely in the top 10.

Undoubtedly, Malaika Arora is one of the hottest item girls of Bollywood ever. She born was on 23rd October 1973 in Thane, Maharashtra. This Indian actress predominantly appears in Hindi movies with guest appearances for item songs in Telugu languages too. Her first feature was in Chaiyya Chaiyya (Dil Se), where she brought the trend of item songs during the 90s era. And later on, she featured in various item numbers like Yeh Pyaar Hai Ek Nasha Zindagi Ka (Indian), Maahi Ve (Kaante), Hoth Rasiley (Welcome), Munni Badnam Hui (Dabangg in 2010), Anarkali Disco Chali (Housefull 2), Fashion Khatam Mujhpe (Dolly ki Doli), and Hello Hello (Pataakha).

Jacqueline Fernandez is one of the beautiful Bollywood actresses and winner of the Miss Universe Sri Lanka pageant 2006. She majorly works in Hindi films. She was born on 11th August 1985 in Sri Lanka.

Jacqueline traveled to India for modeling and auditioned for Aladin (2009) and got the break with her character of Princess Jasmine. Thereafter, she has given so many super hit movies and bold item songs.

No doubt, Jacqueline is also one of the sexiest item girls of Bollywood in 2021. She has featured in some of the hottest item songs like Disco Disco (A Gentleman), Ek Do Teen (Baaghi 2), Bad Boy (Saaho), and Genda Phool (album Genda Phool), Dil De Diya (Radhe).

Nora is a Canadian model, dancer, actress, singer, producer best known for her works in the Indian Film Industry. Her acting career began in 2014 with the Hindi movie Roar: Tigers of the Sunderbans. She also stars in Telugu, Malayalam, and Tamil film industries as well. She participated in reality shows like Big Boss 9(2015), and Jhalak Dikhhla Jaa (2016).