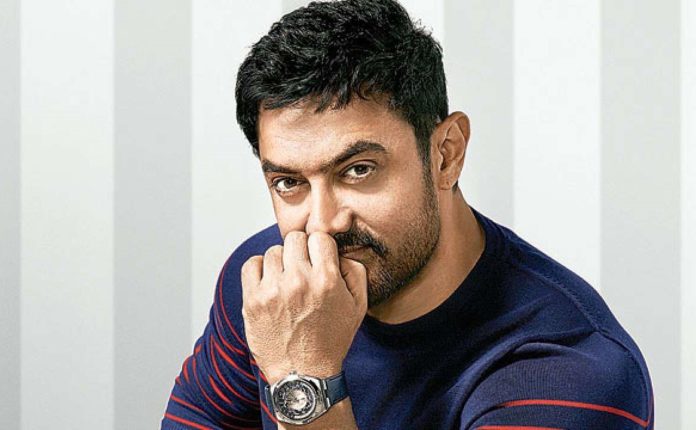 Over time, Bollywood Industry is evolving towards a major commercial center in movie making worldwide. Bollywood is an industry with having a global presence, huge money, and excellent actors. That’s the reason, Bollywood actors charge huge fees for every movie. You will surprise to know about the fee per movie of these highest-paid actors of Bollywood. So, let’s read the post carefully and tell us your favorite Bollywood actor in the comment section.

Shahid Kapoor who also known as the chocolate hero of Bollywood is an Indian actor who appears in Hindi films. He is the son of Pankaj Kapoor and Neelima Azeem. He made his Bollywood debut from romantic drama film Ishq Vishq which gave him Filmfare Award for Best Male Debut.

Shahid Kapoor charges about 25-30 crores per movie which makes him among the highest-paid actors of Bollywood.

No doubt he is the favorite actor of many highest-paid directors as well as producers. Recently he has done some exceptional movies like Haider, Udta Punjab, Padmavati, Kabir Singh where you can realize his intense acting skill. He has also won the Filmfare award as the best actor for these movies.

The legendary actor who kept his legacy since his entry in Bollywood is also one of the highest-paid actors in Bollywood 2021. Big B or Shahenshah of Bollywood has a huge respect and fan base in India as well as outside of the country.

Big B is considered one of the most successful Bollywood actors of all time. He has achieved many awards in his film career and also received Padma Shri, Padma Bhushan, and Padma Vibhushan awards from the Indian Government.

You can enjoy some of his recent famous movies like Paa, 102 not out, Thugs of Hindostan, and much more.  He is famous for his strong and intense voice and currently, he is charging 30 crores per movie.

Most versatile actor and the first choice of a young generation, Ranveer Singh able to hold 8th spot among the top 10 highest-paid Bollywood actors in 2021.

In 2010 he started his movie career with Band Baaja Baaraat and then got success in his career. Ram Leela, Gunday, Bajirao Mastani, Padmavati, Simba are some of the super hit movies of Ranveer Singh. Currently, he is the brand ambassador of many big brands and according to the report, he used to charge 35 crores per movie nowadays.

Ranbir Kapoor is one of the finest and most popular actors in the Bollywood industry of modern time. He is the son of veteran actor Rishi Kapoor and Neetu Kapoor.

Ranbir is another highest-paid actor in Bollywood who charged 35 crores per movie. You can mark his exceptional acting skill in movies like Wake Up Sid, Ajab Prem Ki Gazab Kahani, Rocket Singh, Ye Jawaani Hai Deewani. Recently he acted as the lead role of the Biopic based on Sanjay Dutt’s life and amazed many fans with his acting talent.

Ajay Devgan is another famous face in the Bollywood industry as a professional actor. He is one of the versatile actors who can play comedy, a negative role as well as the leading hero on screen. According to the sources, Ajay charged 35-40 crores per movie, so this makes him one of the highest-paid Bollywood actors in 2021.

Being a successful Bollywood actor and husband of veteran actress Kajol he always believes in hard work with full intensity. He has won 2 National Film awards in his movie career and recently popular for his movies Singham, Golmaal Again, Raid, and Tanhaji.

The sexiest and dance freak actor of Bollywood Hrithik Roshan truly deserves to list among the highest paid Bollywood actors. According to reports, he charged 40 crores per movie. With a huge fan base, Hrithik is very popular among people. He is the son of famous filmmaker Rakesh Roshan.

Hrithik is also considered one of the sexist men in the world. He has done several popular movies like Koi Mil Gaya Kabhi Khushi Kabhi Gham, Krish series, Dhoom 2, Super 30, War, and many more. He is popular for his amazing physique and one of the flexible movie personalities ever. Currently, he is the brand ambassador of many fashions and sports product brands.

Rajiv Hari Om Bhatia, famous as Akshay Kumar, is a busy actor and one of the highest-paid Bollywood actors in 2021. This Padma Shri winner actor always believes in hard work and fitness. He is one of those actors who acted in more than 5 movies in a calendar year. No doubt he is a successful Bollywood actor in the current era and it’s only because of his hard work. You will always see the intense acting and hard work of Akshaya Kumar in all of his movies.

Aamir Khan is a multi-talented superstar of Bollywood and one of the highest-paid Bollywood actors in 2021. He is also known as Mr. Perfectionist because of his extraordinary acting skills. Although you can see only one movie in a year from this veteran actor, you will still enjoy the superb acting of him.

His recent movie Dangal became a super hit movie which broke many records in terms of earning in cinema halls. According to the report, Aamir Khan charged around 50 to 60 crore per movie.

When it comes to Salman Khan there is no need for an introduction! You can say he is one of the most successful Bollywood actors with a huge fan base in India. Personality-wise he is quite positive and runs his own brand Being Human which is a successful brand now.

Salman has achieved two national film awards and two Filmfare awards for his best acting. Almost all of his movies earn a good amount of money at the box office. Nowadays Salman is charging 60-70 crores per movie. You can enjoy some best movies like Dabangg, Tiger Zinda Hai, Sultan, Kick Bajrangi Bhaijaan, Dabangg 3 and much more.

Shahrukh Khan, King of Bollywood is the highest-paid actor in Bollywood 2021. According to the reports, SRK has charged 100 crores for his upcoming movie Pathan that makes him the highest-paid actor in Bollywood. Till now he has completed more than 80 movies and achieved 14 Filmfare Awards as the best actor. In recent times, few of his movies didn’t perform well on the box office but still, he has the highest success ratio. Definitely, he will come back with the blockbuster movies.

Shah Rukh Khan is a worldwide acclaimed superstar who has been among the most inspirational personalities in the world ever. With the huge fan base, King Khan has immense popularity all over the world.