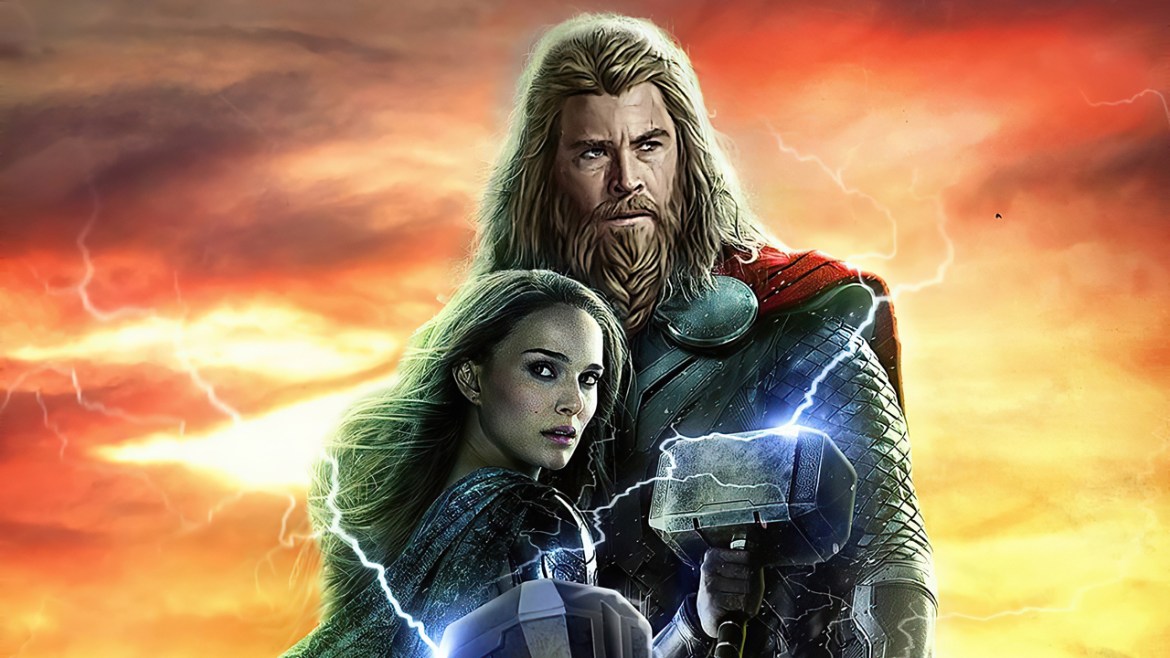 Thor Love and Thunder teaser: The Chris Hemsworth and Natalie Portman-starrer, directed by Taika Waititi and produced by Kevin Feige and Brad Winderbaum, will be released in theatres on July 8, 2022.

Thor: Ragnarok: Love and Thunder: On Monday, the first teaser for Chris Hemsworth’s Thor: Love and Thunder was revealed. Thor is seen talking about how he needs to figure out who he is in the 1 minute 27 second footage. The film also gets a first look at Natalie Portman’s Jane Foster’s transformation into the Mighty Thor, which has been hotly awaited. The film will be released on July 8, 2022, as part of Phase 4 of the Marvel Cinematic Universe. Also The video starts with Thor running in a forest. He then says, “These hands were once used for battle, now they’re used as tools for peace. I need to figure out exactly who I am. He adds, “I want to choose my own path. Live in the moment. My superheroing days are over.” A video montage shows the God of Thunder then embarking on a journey of self-discovery, where he meets some old friends, including Peter Quill (Chris Pratt) from the Guardians of the Galaxy.

When Thor is lost, Peter Quill tells him to look into the eyes of someone he loves in the video. Russell Crowe as Zeus is also shown in the teaser, although his face is not revealed. Natalie Portman, who plays Jane Foster, Thor’s ex-girlfriend, is shown hoisting Thor’s Mjolnir—the magical hammer that bestows Thor’s powers on anybody who holds it—near the end of the film. Since the track’s announcement two years ago, Natalie Portman channelling Thor’s powers has been the buzz of the town.

According to the official synopsis of the film, “The film finds Thor on a journey unlike anything he’s ever faced – a quest for inner peace. But his retirement is interrupted by a galactic killer known as Gorr the God Butcher, who seeks the extinction of the gods. To combat the threat, Thor enlists the help of King Valkyrie (Tessa), Korg (Taika) and ex-girlfriend Jane Foster (Natalie), who – to Thor’s surprise – inexplicably wields his magical hammer, Mjolnir, as the Mighty Thor. Together, they embark upon a harrowing cosmic adventure to uncover the mystery of the God Butcher’s vengeance and stop him before it’s too late.”

The teaser for Marvel’s upcoming superhero adventure Thor: Love and Thunder released on Monday evening. The one-minute 27-second teaser gives a brief look at Thor (Chris Hemsworth) on the road to self-discovery after the events of Avengers: Endgame. And while there is no dearth of jaw-dropping moments and reveals in the teaser, a hilarious scene featuring Thor and Peter Quill (Chris Pratt) has caught the fans’ fancy. Many fans seem to have caught on a same-sex romance subtext between the two.