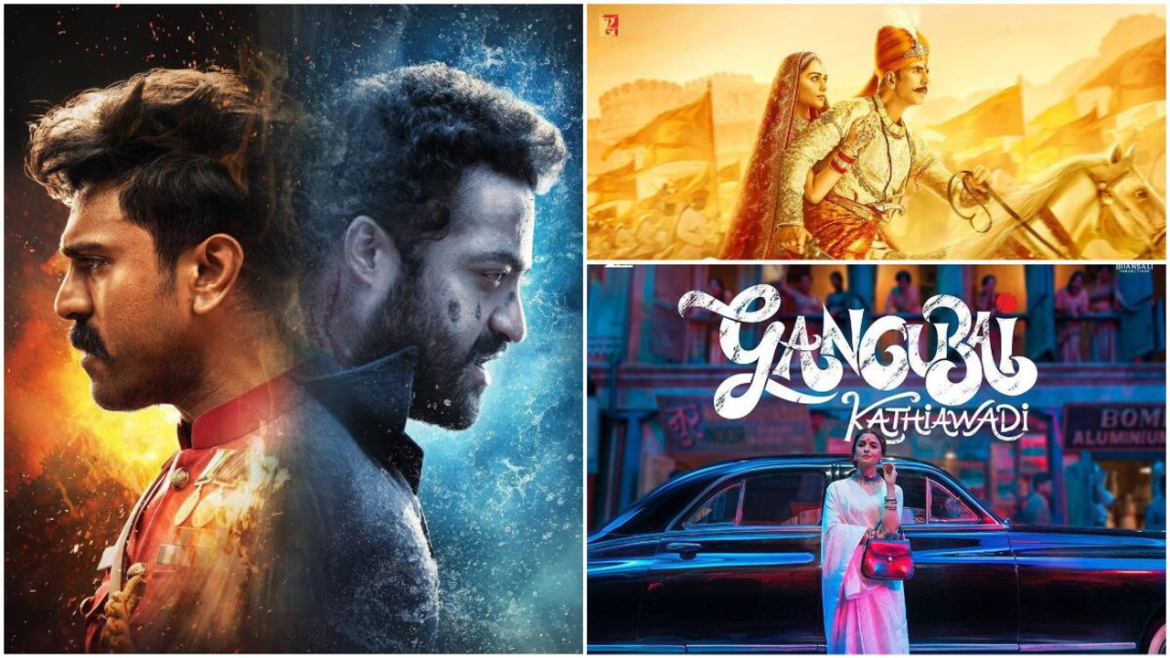 From Shamshera to Laal Singh Chaddha, Gangubai Khatiawadi to Adipurush, here is a list of some of the most anticipated Bollywood films for 2022.

The New Year has here, and we’re really excited about what the Hindi film industry has in store for us in 2022. Some films, like Akshay Kumar’s Sooryavanshi, Salman Khan’s Antim, and Allu Arjun’s Pushpa, broke records at the box office, while others, like Ayushmann Khuranna’s Chandigarh Kare Aashiqui and Ranveer Singh’s 83, simply won our hearts.

However, considering the success of Covid-19 and the postponement of Shahid Kapoor’s Jersey, there is concern that the Bollywood calendar may change.

The following is a list of confirmed release dates for films. Make a note of it for future reference!

The Akshay Kumar-starrer will release on January 21, 2022. Backed by Yash Raj Films, the Chandraprakash Dwivedi directorial features the actor in the title role of the 11th century ruler Prithviraj Chauhan. The film also marks the screen debut of Miss World 2017 Manushi Chhillar.

The first official teaser of John Abraham movie Attack is out, and shows the actor in the middle of a fight to save his country. In this case, Abraham has to carry out a difficult rescue mission, largely on his own.

Gangubai Kathiawadi was initially scheduled to release on July 30, but got pushed due to production delays. The Sanjay Leela Bhansali directorial is a biographical crime-drama tracing the life of a simple girl named Gangubai from Kathiawad who became the most powerful and respected madams from Kamathipura during the 1960s. It is touted to be loosely based on the book Mafia Queens of Mumbai written by S. Hussain Zaidi, and has Alia Bhatt playing the titular role.

Starring Ranveer Singh in the titular role, Jayeshbhai Jordaar will arrive in theatres on February 25, 2022. The film also features Arjun Reddy star Shalini Pandey. Jayeshbhai Jordaar, touted as a family entertainer, is set in Gujarat and features Singh as a Gujarati man, who becomes an unlikely hero. Divyang Thakkar has directed the film, while Yash Raj Films has bankrolled it.

Actor Kartik Aaryan has several projects in his kitty but the most awaited one is indubitably Bhool Bhulaiyaa 2. The film is a sequel of 2007 film starring Akshay Kumar in the lead role. Kartik fills in the shoes of Akshay in the sequel.

As per the posters, one can notice that Devgn and Rakul Preet play pilots while the role of Big B is unclear. This is Ajay’s third directorial venture. He has earlier directed films like Shivaay and U Me Aur Hum. This will be the first time he will direct a film starring Big B. Ajay Devgn and Amitabh Bachchan have earlier worked in films like Khakee and Satyagraha.

Aamir Khan’s Laal Singh Chaddha, which was meant to release during Christmas 2021, has been shifted to Valentine’s Day 2022. This Advait Chandan directorial is an official Hindi adaption of Tom Hank’s Forrest Gump.

Talking about the film earlier, Devgn had told PTI that working on Maidaan “has been very moving and emotional journey” for him. “It is a fabulous story, director Amit Sharma has done a great job. Times have changed, storytelling has changed. There are no deliberate commercial elements added to a film today, be it a song or the romantic angle,” the actor said.

Akshay Kumar’s Raksha Bandhan will see a box office clash with the much-awaited Prabhas-led Adipurush, which is inspired by Ramayana. The film also stars Kriti Sanon and Saif Ali Khan in the lead roles. It has been directed by Om Raut, who last helmed the successful period film Tanhaji (2020).

The film, which has been in the making for four years now, will see Ranbir as Shiva, who has been born with some special powers. The ‘modern-mytho’ drama also stars Alia Bhatt in the lead role while Amitabh Bachchan will play Ranbir’s guru. Television star Mouni Roy will essay the antagonist while south star Nagarjuna will also be seen in a pivotal role.

Starring Hrithik Roshan and Saif Ali Khan in the lead, Vikram Vedha is the Hindi remake of Tamil neo-noir action thriller by the same name featuring R Madhavan and Vijay Sethupathi. The film will showcase Saif and Hrithik in the role of a cop and a gangster respectively.

Bollywood movie Produced by Dinesh Vijan, Bhediya has been directed by Amar Kaushik, of Stree fame. In a statement, Amar said, “Bhediya is a tale filled with awe-inspiring imagery. Each and every member of the cast and crew knew that we were crafting something very special. It’s not just the path breaking VFX; the film is a feast for the eyes in every aspect possible.”