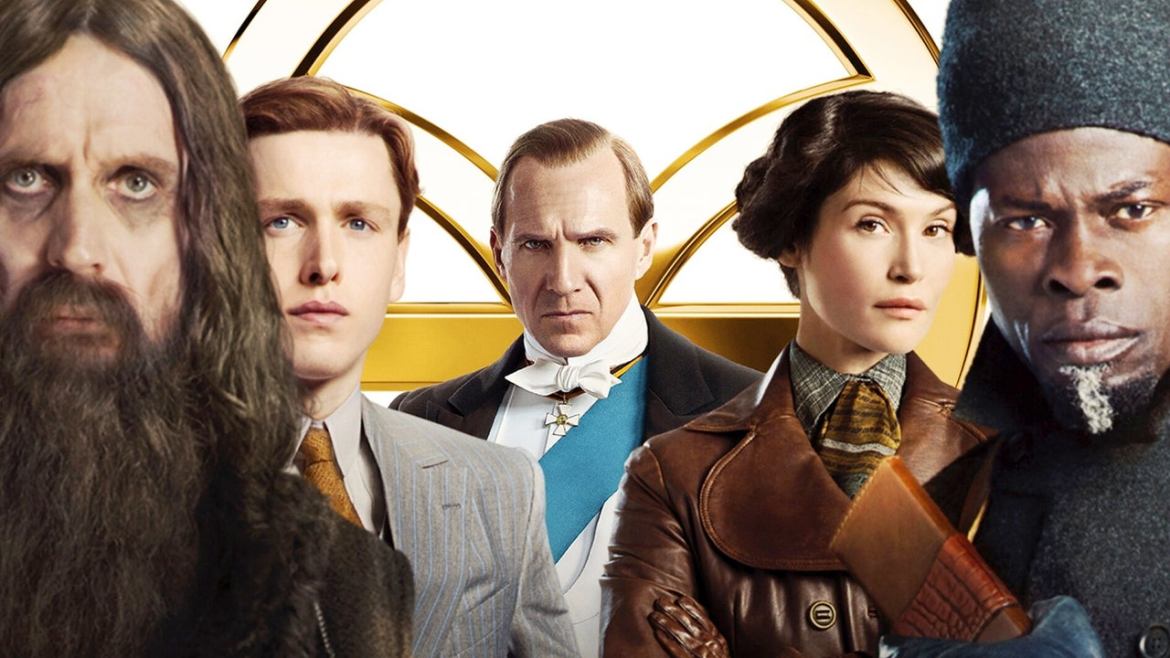 The King’s Man is made for those that find themselves at the precise intersection of ‘Kingsman fan’ and ‘history nerd’.

The King’s Man : In the first Kingsman film, Galahad (Colin Firth) briefly tells Eggsy (Taron Egerton) about the World War I origins of the gentleman-spy organization fronted by the distinguished Kingsman Tailors of Savile Row, London. With the third film of the franchise, The King’s Man, director Matthew Vaughn returns to serve us that origin story in detail, complete with dollops of alt-history to spice things up.

Now make no mistake, the Kingsman films are essentially superhero films, with fine bespoke suits in place of the shiny costumes one might be used to in other cinematic universes. I’d argue that Kingsman is a smidge more fun than other comic-based franchises; because despite the extreme action on display, both films so far kept the stakes as relatable as possible. Give me a tech magnate planting rogue chips in mobile phones worldwide or a drug lord aspiring to compete with Big Pharma, over Thanos and whatever he was up to any day of the week. (Wise-ass English folk over dumb-ass Americans is a no-brainer.)

While I did miss Eggsy & Co in this period endeavour, Vaughn and co-writer Karl Gajdusek make up for it with a rather clever plot loaded with Easter eggs of all shapes and sizes. They’ve retained much of what worked for the franchise – the humour, the action, the (mostly) good manners – and placed it all in a spectacular setting that would have been considered unrealistic, if it wasn’t for the fact that many of the events in the film actually did happen, albeit over a century ago. And they didn’t just ‘happen’ – they shaped the world that we live in today.

It is the early 20th century. King George V is the monarch of Britain and its global territories; Kaiser Wilhelm II is the emperor of a loosely defined Germany; and Tsar Nicholas II sits on the throne of the great Russian Empire. Unsurprisingly, the three of them are cousins. (This was no coincidence, but royal design.) The excellent Tom Hollander plays all three characters to the galleries, in one of the many flourishes this film has to offer.

Meanwhile, as conflict between Serbia and the Austro-Hungarian empire escalates, one man realises that war is looming ever closer. This man – Orlando, the Duke of Oxford (Ralph Fiennes) –had years ago pledged to use his position and privilege to avert military conflict between nations and empires. This, after he lost his wife during the Anglo-Boer wars in Africa at the turn of the century. Now, it appears there’s a mysterious hand behind the current conflict that Europe is hurtling towards. Orlando is determined to uncover that hand and stop the madness.

Kingsman as we know it hasn’t taken shape yet. For that, Orlando will have to go through some personal strife and one Great War. But the wheels are set in motion, as the aristocrat trots across Europe with his ‘assistants’ (Djimon Hounsou and Gemma Arterton) in tow, fighting enigmatic villains.

More than anyone else, this film is made for those that find themselves at the precise intersection of ‘Kingsman fan’ and ‘history nerd’.

I will admit, though, that the Kingsman movies have a ‘too much of a good thing’ issue. At some point they can feel exhausting, because they are just relentless. Gut-wrenching deaths are routine, comedy is mostly non-negotiable, and even though you’ve suspended your disbelief to enjoy the cheeky action, it’ll still make you shake your head once in a while. This latest one is no different. Like its predecessors, it also clocks in at over two hours. A haircut would’ve done it a world of good.

Still, against the odds, Kingsman continues to be a worthy franchise to follow. And yes, there’s more on the way. One probably wouldn’t trust a ‘white saviour’ from a mile away in real life today. But there’s something utterly delightful about these fictional non-partisan, non-governmental, British superspies trying to do right by the world. It’s probably the manners and the impeccable tailoring.