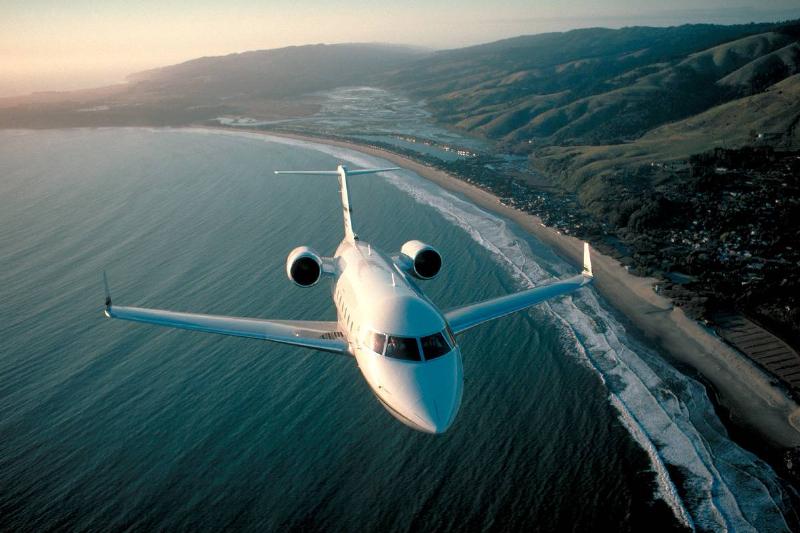 No one is surprised when we spot drool-worthy fleets of cars in celebrity garages but for some, it seems that a Maserati or two is nothing to show-off about. Rather, these celebrities prefer to flex with other means of transport, aeroplanes.

Of course, no economy seats for these high rollers. Think more on the lines of private jets, worth multi-million dollars which are then customized with over-the-top interiors further hiking up the cost. One private jet on our list even comes with its own steam room! Read on to find out which of your favourite A-list celebrities made it on the list.

When we say the name Jimmy Buffet, you probably think of a red Hawaiian shirt but what you probably didn’t know is that when the musician isn’t performing he is travelling the world is in Grumman HU-16 Albatross. The former military plane is an amphibian aircraft and Buffet named his plane The Hemisphere Dancer. Random Tidbit: In 1996, Jamaican police tried to shoot the plane down because they thought it was carrying drugs, thankfully the matter was solved before anything terrible happened.

We have run out of words to compliment John Travolta but still will try our best. Not only is he an accomplished actor, singer and dancer but he also is a licensed pilot and holds a very deserving place in this list. He is usually seen flying his Boeing 707 the most but is also the owner of seven other planes which include a Boeing 707, a Bombardier Challenger 601, a Boeing 727, and other Gulfstream jets. What is the overall price tag of his collection of private jets? We don’t know that for sure but to give you an idea, his favourite Boeing 707 runs a steep $77 million, without any customization!

Most people probably don’t know was that the actor likes to spend his hard-earned cash on buying and restoring old planes. We have to say, this is very Indiana Jones of him and with a net worth of $300 million, it looks like he will not be running out of cash anytime soon. Ford does not only have an impressive aircraft collection but is also a pilot. In total, Harrison Ford owns 3 jets, a CJ3 Citation Jet, Cessna 525B, and CJ3. Also, this might not be as luxurious but we love that Ford has his own customized luggage to match his plane!

By being the brain behind Microsoft and Windows, it is no surprise that Bill Gates has a ton of money and a private jet or two but when he was caught pictured in his personalized Bombardier BD-700 Global Express, the world couldn’t stop talking about the jet. Why? Well, for starters the “basic” version of the plane can cost around $56 million and with Bill Gate’s jet featuring an array of high-end updates and customization, his Bombardier BD-700 seems like an extravagant way to travel even by the standards of the rich and famous.

After appearing in over 150 films, Jackie Chan has cemented himself in the annals of cinema with his acting and fighting skills on camera. His success has allowed him to spend handsomely on his hobbies. Chan owns an Embraer Legacy 650, a plane which costs $29 million but we are sure that the actor didn’t really pay the sticker price for his model, since he is also the face of the brand and to show their appreciation for all that Jackie has done for the brand, they gave his Embraer Legacy 650 a custom makeover.

The well-known entrepreneur is the owner of the Dallas Mavericks and serves as the chairman of HDTV. He is also a “shark” on the show Shark Tank and with an estimated net worth of $4.3 billion, he was bound to be mentioned in this list. The t.v personality travels around the world in his Boeing 767-277, which is customized to allow for extra seats. He also owns two other private planes, a 1993 Boeing B757, and a 2004 Gulfstream G550.

All three celebrities need no introduction, each having championed their own field in Hollywood. Apart from being titans, they also seem to have the same high-end taste in planes with all three purchasing the same Bombardier Global Express XRS. Why the Bombardier Global Express XRS? It can travel for up to 16 hours before it needs to be refuelled and is spacious and can hold 14 passengers as well. Although, this level of luxury won’t come cheap as the base model is $56 million!

Sergey Brin and Larry Page have spent a lifetime of hard work creating the famous search engine, Google. The company which had humble beginnings has taken over the world and with its success has allowed the co-founders to enjoy the finer things in life. Both Sergey Brin and Larry Page are the owners of a Boeing 757-200. This luxury aircraft is just one of the “Google Jets.” and has its own dining area and a steam room. The jet can accommodate 50 people and it also has 15 first-class seats and a price tag of $25 million.

When you regularly get featured on lists talking about the topmost powerful men in the world for decades, owning private jets just comes with the territory. Rupert Murdoch is the chairman of 21st Century Fox and multiple media companies. When he isn’t spending his hours working, he likes to travel in style with his own personal Boeing Business 737 Aircraft. The plane has room to accommodate up to 50 passengers and has a master bedroom, conference area, a living area, and a washroom along with a lavator.

The 90s star made a name for himself through his unique slapstick comedy performances in multiple blockbuster movies and with a net worth of $120 million, it looks like the days of auditioning for movies are well and truly behind him. So, what does he do in his free time nowadays? Explores the world in the fastest private jets around, the Gulfstream V. The high-performance jet can travel at the speed of sound and holds up to 16 people. The price tag? A steep $59 million.

Despite having his public reputation and sports career ruined due to major scandals in the mid-2000s, Tiger Wood still seems to be a  popular professional golf player who has made billions of dollars in the game of golf. He holds 14 championship wins and counting. One of his first major purchases was a Gulfstream G550 jet. After a few months of use, Tiger Woods decided to update his base model and installed in oval windows, a built-in restroom, and a walk-in wardrobe. The jet can fly over 12,000 km without stopping for gas for more than 12 hours and set back Woods around $53 million.

We honestly can’t seem to tell Tom Cruise apart from his on-screen roles, from The Mission Impossible movies to Top Gun it seems like Cruise likes to pick roles which he can relate to or at least recreate in his personal life. Apart from loving fast cars, he also has a passion for private jets. He owns a Gulfstream IV jet. It is a state-of-the-art G4 which seats two people in the cockpit and also has room to carry 19 passengers. The Gulfstream IV can reach an altitude of about 45,000 feet and costs around $36 million.

The former professional basketball player, Michael Jordan is an unforgettable name in popular culture. He created an entire empire with his charisma and smart product endorsement deals. Earning himself the title of the most successful athlete of our generation with a net worth of $2.1 billion, making him the fourth-richest African-American man in the world. His is also very well-known for his bold personal style, which he expressed even through his private jet, named ” Flying Sneaker”.