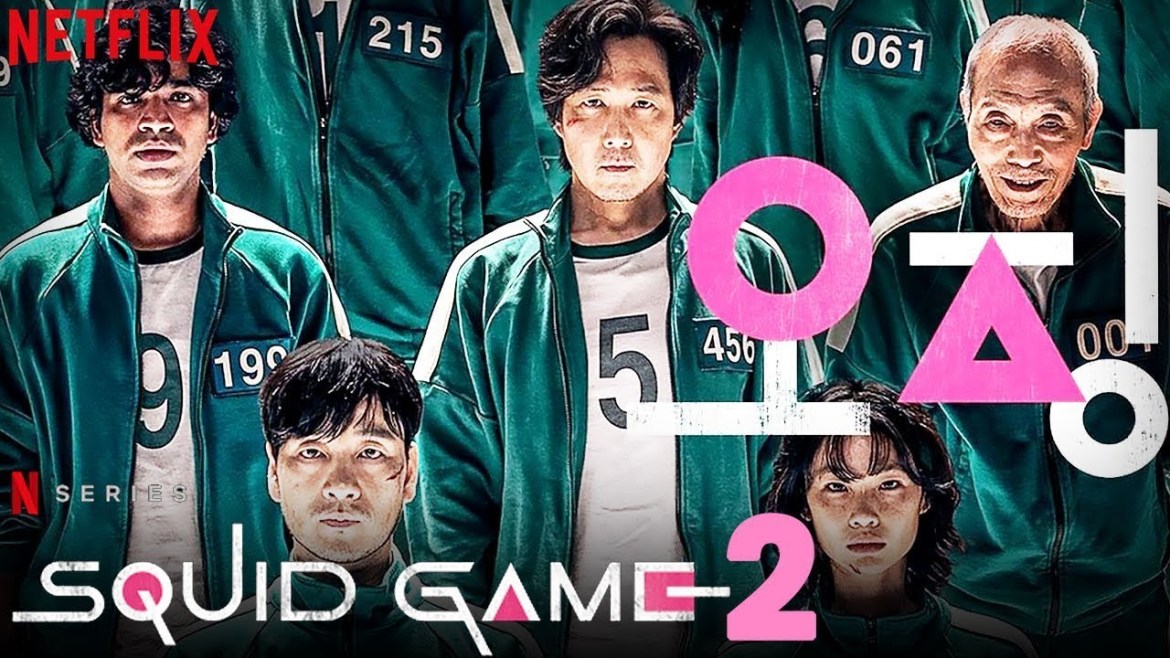 Squid Game : “You leave us no choice,” said creator Hwang Dong-hyuk to fans clamoring for more.

Squid Game, we knew you weren’t done with us yet. The hit Netflix show about a deadly tournament of children’s games didn’t tie up with a neat bow, and now it looks certain a second season is on the way.

“You leave us no choice,” creator Hwang Dong-hyuk said in a video shared by the Associated Press on Tuesday, noting that there’s been “so much pressure, so much demand, and so much love” for a second season from the millions of viewers who’ve made it Netflix’s most popular show.

COMEBACK SQUID: Hwang Dong-hyuk, the director, creator, writer of #SquidGame says the show will be back with more Gi-hun adventures. pic.twitter.com/uqC1DIdZqy

“There will indeed be a second season. It’s in my head right now,” said Hwang.

At first, it didn’t look good. Writer-director Hwang told Variety in late September that he may return to big-screen movies before thinking about a Squid Game sequel. “I don’t have well-developed plans for Squid Game 2,” he said. “It is quite tiring just thinking about it.”

But then Squid Game hit it huge, and when the director spoke to The Times in October, he sounded more positive about a possible season 2.

“While I was writing season 1, I thought about the stories that could be in season 2 if I get to do one — one would be the story of the Front Man,” Hwang said. “I think the issue with police officers is not just an issue in Korea. I see it on the global news that the police force can be very late on acting on things — there are more victims or a situation gets worse because of them not acting fast enough. This was an issue that I wanted to raise. Maybe in season 2 I can talk about this more.”

And then, in October, Hwang began to sound even more positive.

“Of course there is talk (of a second season),” he told The Guardian. “That’s inevitable because it’s been such a success. I am considering it. I have a very high-level picture in my mind, but I’m not going to work on it straight away. There’s a film I really want to make. I’m thinking about which to do first. I’m going to talk to Netflix.”

When is Squid Game season 2 coming?

Don’t mark your calendars just yet. In the Nov. 9 AP video, Hwang said, “it’s too early to say when and how” a second season will happen. One thing seems clear: It won’t take as long as the first season, which he began planning a decade ago.

What might the plot of Squid Game season 2 be about?

We know for sure we’ll see Squid Game winner Seong Gi-hun again. Hwang said in the AP video that Gi-hun would return and “do something for the world.”

Where did we leave our hero? At the end of the first season, Gi-hun hasn’t shown a desire to spend his huge winnings, understandably too destroyed by the experience of seeing his friends die. But he was set to fly to Los Angeles to see his beloved daughter when he realized the game was continuing, and he got off the plane with plans to somehow stop it. How he gets back into the game will undoubtedly be a huge part of the second season. It doesn’t seem possible he could compete again, but will he sneak in as one of the red-suited guards?

Meanwhile Hwang In-ho won the game in 2015 and somehow decided to become the Front Man, running the tournament for the mysterious host (spoiler) who turns out to be the elderly Oh Il-nam. In-ho definitely shot his brother, police officer Hwang Jun-ho, but we never saw his dead body, and the brotherly conflict would make for a juicy season 2 plotline. What if Jun-ho survives and the two brothers set out to take down the game?

Which Squid Game characters could return?

Well, who’s not dead? Seong Gi-hun, DUH, the only player from the first round to live. Here’s guessing the second season will center on him, just as the first did. And maybe his wife, daughter, and his wife’s new family will return from the US for some involvement.

One of the saddest losses for many viewers was that of North Korean defector Kang Sae-byeok. But Gi-hun managed to find her little brother, Cheol, and took him to Sang-woo’s mother to raise, with the benefit of a whole bunch of won. It’d be great to see how Cheol is adjusting to his new situation (and maybe more family members will show up — see below). It’d be interesting, too, to see if Sang-woo’s mother ever learns the truth about her adored son stealing money from his clients.

As mentioned above, the fate of Jun-ho might not be sealed. He could still be alive, and even if he’s not, his brother is going to have to deal with the fact that he tried to kill him. Maybe viewers will see in flashback the 2015 tournament that In-ho won — it might explain something about why he stayed with the game instead of taking his piggy bank full of won and leaving. And if we know anything about director Hwang Dong-hyuk’s possible plans for a second season, it’s that he’s very interested in South Korean police and how quickly they do or don’t respond to crimes and issues. He told The Times of London he can see exploring these topics.

We don’t know his character’s name, but South Korean actor Gong Yoo plays the handsome man who recruits into the game indebted people desperate for money. What’s his motivation? His background? Season 2 could explain why he’s involved and who he is.

Squid Game developed many terrific characters only to kill them off in the game. A second season could dig into their backstories. Here’s a look at just a few of the characters who could show up.

We briefly met Ali’s wife, a young mother from Pakistan. What if she came looking for him, or ends up playing the game herself? Or maybe Ali has a sibling who’s out for revenge?

Oh Il-nam mentioned his son — could he show up in some way? He’s likely as wealthy as his dad, so he might not need to compete in the games but could be behind the scenes helping run the tournament. Or maybe he squandered all his won, and now needs to earn the money back.

Gangster Jang Deok-su (Heo Sung-tae) was one of the least likable characters, but he seemed to know and be known by everyone in the criminal world. Maybe some of his associates find their way into a new tournament.

Kang Sae-byeok (Jung Ho-yeon) was a fan favorite — I mention her brother, Cheol, above. Cheol is too young to compete in the fatal tournament (we hope) unless the second season is set far in the future. But as young as he is, Cheol is rich now — maybe he can bring his mother over from the north, and we can learn more about their family.

The mystery of Han Mi-nyeo

Who knows what to believe about Han Mi-nyeo (Kim Joo-ryoung)? She had a quick restroom rendezvous with Jang Deok-su but then took him out in the glass bridge game. She claimed to be a new mother, but then never mentioned that again. Her life before the game is a huge blank, so pretty much anyone could show up claiming a relationship with her. And if they were half as intriguing as she was, they’d be a welcome addition.

Late in the series, a group of rich men are brought in to bet on the games and watch them live. (One tries to sexually assault Jun-ho, which ends badly for the rich man.) They’re hideous people, but it does seem possible they — or a new group of richies — could show up in a second season.

Which games could be in season 2?

In the first season, the players fought through deadly battles of red light, green light; tug-of-war; and marbles; carved Dalgona candy out of a tin without breaking its shape; crossed a glass bridge that had breakable panels; and finally, faced the squid game of the title. But plenty of other games were mentioned in the series.

Gi-hun wondered numerous times if one of the games would be something the female players were better at, as opposed to tug-of-war or something that favored the men. It would be interesting if a female-centered game showed up in season 2, and suddenly the women had an advantage over the male players.

Elastics is mentioned several times. Americans may call this Chinese jump rope, and it involves winding elastic ropes around two players’ legs so a third player can jump in and out. Hopscotch is mentioned, though the glass bridge game might be meant as a deadly version of hopscotch. Gonggi, which is kind of like jacks, also came up. Tag and freeze tag were also games that Gi-hun wondered about.

In a Korean-language article, Hwang said he considered two other games: Dong, Dong, Dongdaemun (much like the West’s London Bridge Is Falling Down, players form a gate with their hands and catch a player when the song ends), and one called Why Did You Come to My House? (a game similar to Red Rover, where players form a line by holding hands and others try to break through the line). It’s possible he could revisit those games for new episodes.

Whatever games are chosen, a second season almost certainly wouldn’t repeat those from season 1 — the surprise of learning the new game was a big part of each episode.