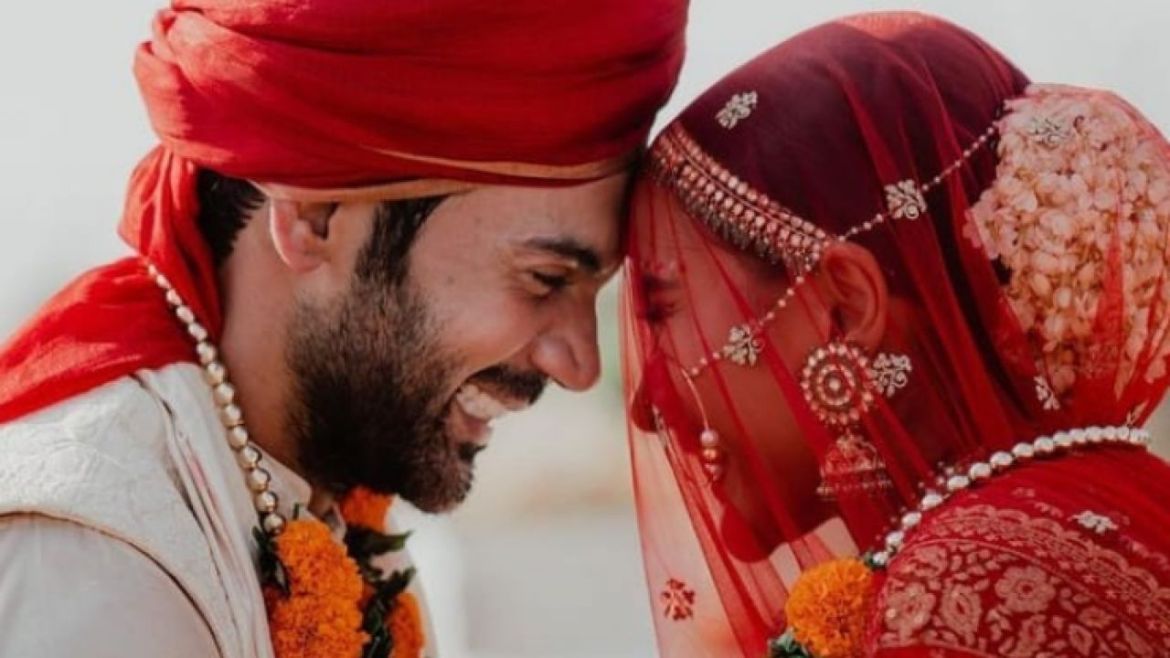 Patralekhaa and Rajkummar Rao married in Chandigarh on Monday. A photo of her at the wedding has already gone viral on social media.

Rajkummar Rao and Patralekhaa got married in Chandigarh on Monday. The couple had been dating for 11 years before they decided to finally tie the knot.

While both of them shared four official pictures from the wedding, more informal pictures have been hard to come by. However, the actors’ fan accounts have landed on an unseen picture of Patralekhaa. It showed her in her red wedding outfit, designed by Sabyasachi, holding two dogs in her hands.

Patralekhaa carried the red veil and smiled from behind it for the photo. One of the doggies appeared to be her own dog, Gaga

Haryana chief minister Manohar Lal Khattar also attended the wedding reception on the same day and shared a picture with the newlyweds on Twitter. He wrote, “Attended the wedding ceremony of Bollywood actors Rajkumar Rao and Patralekha in Chandigarh, blessed the bride and groom for a successful married life.”

Earlier, sharing pictures from the wedding, Patralekhaa wrote, “I got married to my everything today; my boyfriend, my partner in crime, my family, my soulmate…My best friend for the last 11 years! There is no greater feeling than to be your wife! Here’s to our forever,” she wrote.

Rajkummar shared two different photos and wrote, “Finally after 11 years of love, romance, friendship and fun, I got married to my everything today, my soulmate, my best friend, my family. Today there is no greater happiness for me than being called your husband @patralekhaa Here’s to forever .. and beyond.”

Ayushmann Khurrana took to his Instagram handle and shared a Story, featuring the newlyweds and wrote along with it, “Heartfelt congratulations @rajkummarrao and @patralekhaa.” Priyanka Chopra Jonas congratulated the couple by reposting their photo and wrote, “So excited for both of you, my friends! This was always going to happen! So happy!”

Sonam Kapoor also shared the couple’s image on her Insta Story and wrote, “Congratulations @rajkummarrao @patralekhaa. I wish I could have made it! You both are amazing! Love you both!” Malaika Arora wished them by writing, “Congratulations Dear @RajKummar Rao @PATRALEKHAA…. LOVE N HAPPINESS N TOGETHERNESS ALWAYS.”

Rajkummar and Patralekhaa had hosted an all-white engagement party on November 13, which was attended by their friends and family.