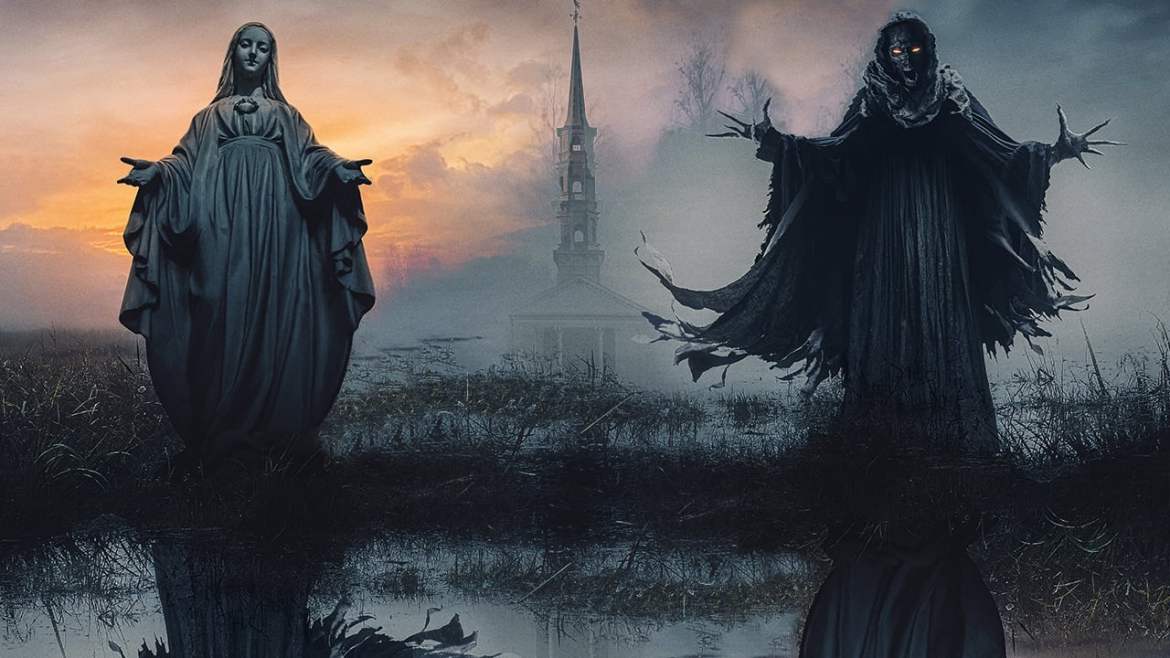 The pandemic has forced audiences to look at the genre as pure escapism, says the director, listing ‘Tumbbad’ as one of his favorites

For the past 38 years, director Evan Spiliotopoulos has been going around with James Herbert’s 1983 horror novel Shrine in his head. On a video chat from Encino, Los Angeles, he says of the book he adapted for The Unholy, which was released earlier this year, “I read the book when I was 10-years-old.”
“I was already a movie fan and had seen a movie in it. I loved it because it was a mix of genres — a traditional horror story and a suspense thriller,” says Spiliotopoulos, whose film will premiere on Indian television in October.

Herbert’s novel looks at faith, miracles and that hoary old chestnut — demonic possession — when a deaf-mute girl, Alice, suddenly begins to speak. The screenwriter for several projects including Hercules and the confusing prequel and sequel to Snow White and the Huntsman (2012), The Huntsman: Winter’s War says adapting the novel for the screen was not a problem. “I knew exactly how the story needed to be told. Shooting it however turned out to be quite an experience. I tell everybody — ‘If you are a young filmmaker starting out, try not to direct your first movie during a pandemic’. ”Starring Jeffrey Dean Morgan, Cricket Brown and William Sadler, the film opened to mixed reviews. Spiliotopoulos explains how the seven-week shoot was stopped midway due to the pandemic. The forced break proved to be a boon as it gave him the opportunity to step away from the movie with half the footage. Shooting the remainder of the film with COVID-19 protocols was cumbersome, says the 47-year-old director. “Everything was slower,” he adds.

Fairy tales and supernatural thrillers are not that far apart, says Spiliotopoulos who wrote the live action feature, Beauty and the Beast. “Both are fantasies. The original Brothers Grimm fairy tales are dark, filled with violence, and scary imagery. Ghost stories are simply a darker shade of a fairy tale. They are in the same family. There is a wicked witch, a magic mirror, and Snow White returning from the dead. The only difference is the canvas,” he says.

Myths, legends and fairy tales all serve to teach us life lessons, continues the Greek-American writer-director. “In Greece, you told your children, if you do wrong, Zeus will smite you. In fairy tales, children were told if you do wrong, the leprechauns or goblins will curse you,” he says, adding how there is a positive spin to every horror film. “Stephen King mentioned that when he was doing The Shining, director Stanley Kubrick said ‘every horror story is actually a story of hope’. Even if the ghost is evil and haunting, the fact that the spirit has survived says there is an afterlife; that we go on.”

Horror movies have always had a dedicated following. However, considering the pandemic, one would have imagined the desire to be scared witless would have been tempered. “Pre-pandemic, I would have said, we like a safe scare. We like to get the suspense and thrill of a dangerous situation knowing it is make believe, in the safety of our living room or theatre. Now that the pandemic has exposed us to horrors far beyond what filmmakers can put on screen, I think it is pure escapism. It is like, life is pretty dangerous right now, a ghost is coming after you, what fun!” he says with a laugh.

In the film, Morgan plays disgraced journalist Gerry Fenn. “There is a funny story here. I never met Jeffrey before we shot this film, but we had a relationship of sorts. Initially, I was in a house that I bought from — it was his LA home. When we Facetimed, I showed him my living room and asked ‘you remember this place?’, and he almost fell out of his chair. He was like, ‘That is my house’. And that was that,” says Spiliotopoulos.

Newcomer Brown, who plays Alice, comes in for special praise. “Cricket has been in an off-Broadway play and a bunch of short films, but never a professional film or on television even. I think she steals the show. Not only did she look like the girl from a small town, she has a spiritual aura about her. There is an expression, of an old soul, that we use sometimes, Cricket looks like she has been around for a very long time,” concludes the director.