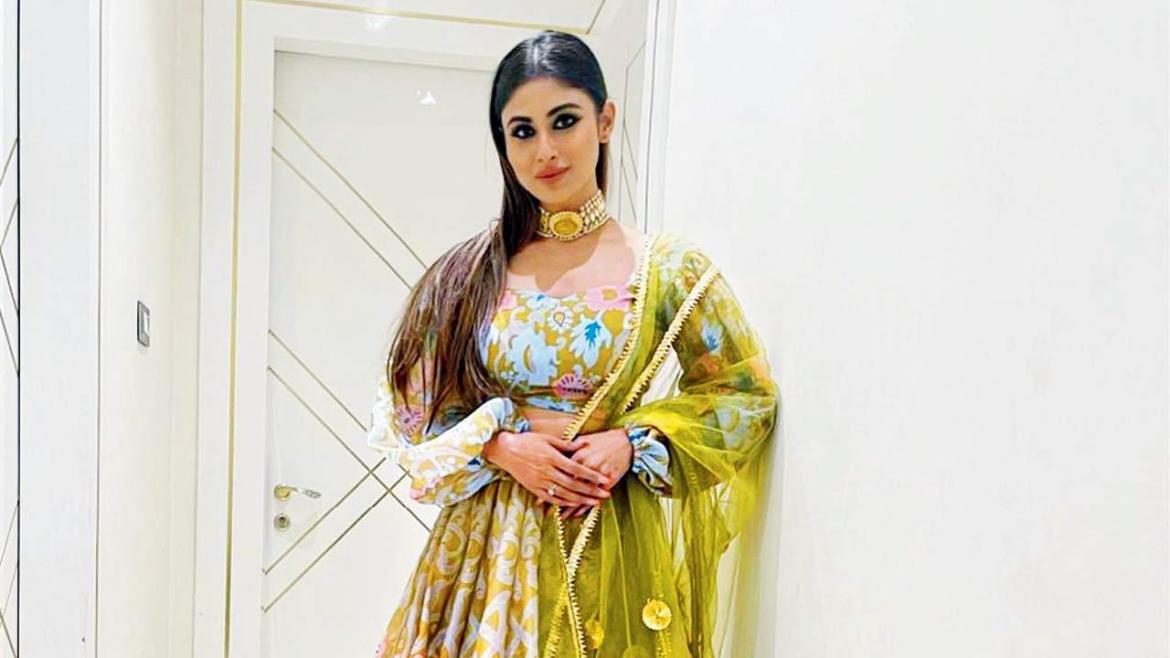 Mouni Roy tied the knot with Suraj Nambiar in Goa on Thursday. Arjun Bijlani shared pictures of the bride and groom on Instagram.

Mouni Roy tied the knot with her Dubai-based boyfriend Suraj Nambiar in Goa on Thursday. Mouni’s Naagin co-star Arjun Bijlani shared a picture of the bride and groom from the wedding ceremony. He introduced Suraj and Mouni as “Mr and Mrs Nambiar!” in the caption.

More glimpses of the wedding have made it’s way to social media, which show the newlyweds receiving blessings from family members, among other rituals.

Mouni opted for a white saree with red border for her wedding look, which she styled with intricate traditional jewellery. Suraj complemented her in a cream and white combination.

Earlier, a source had informed, “A five-star resort has been booked as the venue. The guests have been asked to be tight-lipped about it. All the guests have been asked to carry their vaccination certificates.” The couple are also expected to be planning to throw a dance bash on January 28. Several of Mouni’s close friends and dance reality show alumni Pratik Utekar and Rahul Shetty were said to be rehearsing with her for the same.

Earlier, Mouni had never officially confirmed her relationship with Suraj. Hours before the wedding, Mouni shared her first post on Instagram, introducing Suraj to fans. She called him her “everything” in the caption.

Mouni and Suraj’s haldi and mehendi ceremonies took place on Wednesday. Mandira Bedi and Arjun Bijlani shared several pictures from the celebrations on their respective Instagram accounts. A video of Mouni dancing in a yellow lehenga also surfaced on the Internet.