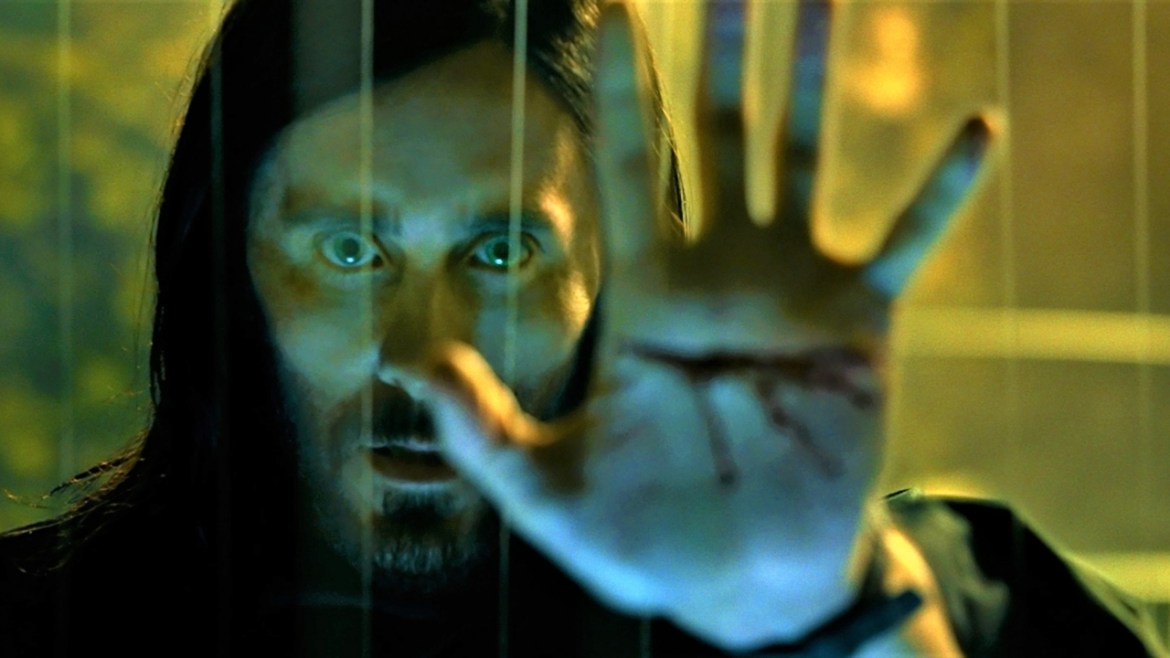 Morbius : There’s nothing wrong with legitimate criticism or disliking a film, but the backlash against Jared Leto’s film began months before it was released.

The latest hero from Marvel is hard to explain. He’s a man and yet also a bat. No, not Batman. Let me try again: He’s a daywalking vampire, but, no, not that cool cat Blade. This guy is good but also very bad. Look, he’s clearly got an identity crisis and his film is equally in trouble.

‘Morbius’ is a forgettable, often laughable, entry in Sony’s attempt to fill its own Spider-Man-adjacent cinematic universe, a poorly edited, derivative time suck — pun intended. It wastes Jared Leto’s enormous talents by making him look like the growling lead singer of a death metal band. The film’s execution is so jumbled that it more closely resembles a horror film than a superhero feature.

Leto plays Dr. Michael Morbius, a fragile, clever, and affluent biochemist with a rare blood illness whose desperate hunt for a solution leads to a serum that not only strengthens him but also turns him into a vampire with a bloodlust. After a hit of serum, he goes from needing crutches to swinging midair on pipes like an Olympic athlete. “I don’t know what I’m capable of,” he says. One downside: He has to chug blood bags, so there’s that. He also seems to be able to turn into a bat and fly but why he hasn’t flapped his way out of this film is unfathomable.

The filmmakers — director Daniel Espinosa, hobbled by a meandering script from Matt Sazama and Burk Sharpless — simply do not know what to do with this creature once they’ve given us his backstory. They throw in a rivalry with his best friend (Matt Smith) and a love interest (Adria Arjona) hoping to reach something Shakespearian, but they’re treading water.

Instead of a seamless, tight visual style, we are given jiggly camerawork and a buffet of previous films — ‘The Matrix,’ ‘American Psycho,’ ‘The Usual Suspects’ and ‘An American Werewolf in London.’ Typical Marvel violence is unleashed, including so much muscle that our hero smashes though New York City concrete streets to the subway system below.

What’s astonishing is that despite a whole movie, we know very little about Morbius. He is so principled that he turns down a Nobel Prize but perfectly OK slaughtering henchmen. He makes delicate origami animals for sick kids and, despite having oodles of cash from inventing artificial blood, wears a cheap Casio watch. At one point, Morbius loses focus as the main guy when Smith’s rival character hijacks the film entirely.

The special effects team work overtime to give Leto, unfortunately wearing a messy manbun throughout the film, a sort of bat-ness — his pupils cloud and his ear hairs vibrate like he’s using sonar. His skin will suddenly stretch over bone and he snarls a lot, too. For some reason, whenever he leaps, he is enveloped by a viscous cloud. He can also slo-mo and duck bullets and the action sequences build to moments when everything is suddenly stylistically still and quiet, like inside a hurricane’s eye.

“It’s a curse,” Leto declares at one point and you wonder if maybe he’s talking about the role and its place in his career. But he’ll be fine. He just has to ignore moments like when Morbius is chained to a desk in a police department’s interview room and says: “I’m starting to get hungry and you don’t want to see me when I’m hungry.”

There will be a lot of debate over where ‘Morbius’ sits in the Marvel canon. There are clues that he has a future fighting Spider-Man but maybe the best thing for our vampire anti-hero is just to ignore him or swat at him like a wayward bat.