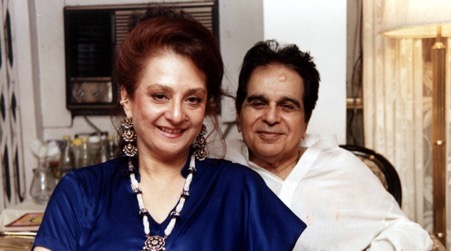 The news of Dilip Kumar’s death has spread mourning in the film industry. Celebs are paying tribute to the actor by sharing social media posts. Dilip Kumar was admitted to the hospital due to difficulty in breathing. At that point the fluid collected outside his lungs was successfully removed by the doctors and he was discharged from the hospital five days later. There is a wave of mourning across the country due to the news of Dilip’s passing. From Bollywood stars to politicians, everyone is constantly expressing their grief. Last year, Dilip Kumar lost his two younger brothers Aslam Khan (88) and Ehsan Khan (90) to the coronavirus. After which he did not even celebrate his birthday and wedding anniversary. However, Saira Banu had told that the news of the death of both the brothers was not given to Dilip Sahab

Dilip Kumar’s early education took place in Nashik. He later decided to act in films and made his debut with the film ‘Jwar Bhata’ released in 1944. His pairing with actress Noor Jahan became a hit after the initial films did not work. The film ‘Jugnu’ became Dilip Kumar’s first hit film. Dilip sahib has given many successive hits. His film ‘Mughal-e-Azam’ became the highest grossing film of that time. Released in August 1960, the film was the most expensive film to be made at that time.