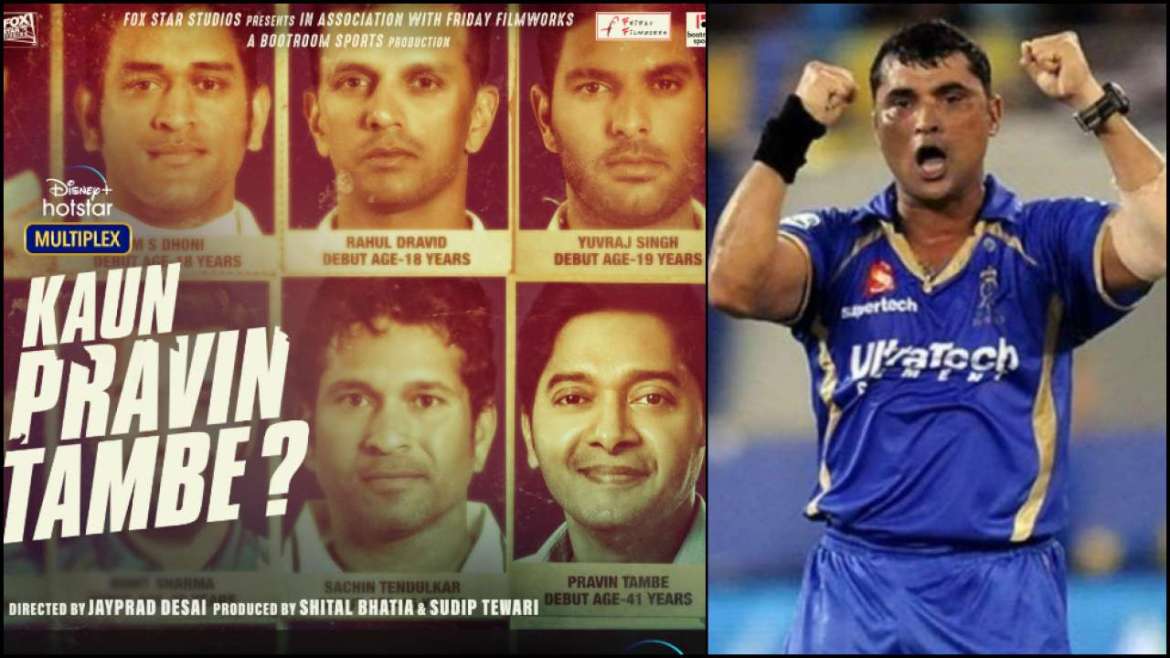 The film Kaun Pravin Tambe is based on the life of cricketer Pravin Tambe, who created history when he was picked for the Indian Premier League (IPL) at the age of 41. Tambe has never played at the National or Ranji levels, despite being well-known in the club cricket community. He was a wild card who delivered, scoring a hattrick in his maiden match against the KKR team. He went on to take the most wickets in the tournament that year. Later, he realised his ambition of playing Ranji cricket for Mumbai. He went on to play in T10 leagues and the Caribbean Premier League, and he is still playing cricket at the age of 50. His was a narrative about an underdog just begging to be told director Jayprad Desai has done a great job of bringing it to celluloid.

Pravin Tambe (Shreyas Talpade) is shown to be a well-liked young man adored by everyone in his chawl. He has grown up loving cricket with his heart and mind. Interestingly, he doesn’t dream of playing for the Indian cricket team but wants to be part of the Mumbai Ranji team when he grows up. He’s the quintessential grassroots cricketer. The gully boy whose idea of fun is to gather around his friends in a maidan and just play the sport all day long. Director Jayprad Desai introduces us to the world of tournaments like Times Shield and Kanga League, where the heart of Mumbai’s cricket truly bleeds. The players who play in such tournaments don’t endorse international brands, live in lofty homes or have private coaches guiding them at each step. They are men who have day jobs as clerks, supervisors, salesmen or even bartenders. They play the sport for sheer passion. More often than not, they get picked up by various companies for their proficiency in the sport. They may rub shoulders off and on with the giants but are destined to live in their shadow.

Playing under the mentorship of an indulgent boss (Arif Zakaria), Pravin helps his team reach the final of the club tournament but even his best efforts are ignored by Mumbai selectors. He doesn’t let go of his dream, despite hardships. He loses employment and has to succumb to doing odd jobs, even moonlighting as a waiter in a dance bar. But he continues to play at gully cricket tournaments, winning prizes galore. Fortune shines on him in the form of former teammate Abey Kuruvilla (Nitin Rao) who offers him a job as a building supervisor at a stadium. He goes back to playing in the club league, helping his team top the A division. He starts working with bowling coach Vidyadhar Paradkar (Ashish Vidyarthi), who asks him to change from a medium pacer to a spin bowler. That’s when he starts having more success as a bowler and finally gets selected in the IPL. As written earlier, his debut season for the Rajasthan Royals team was nothing short of miraculous. The underdog finally slayed his demons and emerged victorious.

Director Jayprad Desai and his writers thankfully haven’t written a sentimental melodrama but have kept the proceedings light, making use of humour to lighten the situation when things get heavy. What shines through is Pravin’s never-say-die spirit, his ability to seek a positive out of every situation.

Life offers us both heroes and villains. If the heroes in Pravin’s life were his supportive father and brother, then the villain is sports journalist Rajat Sanyal (Parambrata Chatterjee), who isn’t ever convinced about Pravin’s talent and always has a negative take about him. Rajat’s transformation into a supporter forms one of the most heartwarming scenes in the film. Parambrata is an underrated actor who should be seen often.The scene where he humiliates Pravin for working in a dance bar is executed through subtle gestures. Nothing much is said but the intent comes on strong. The film’s ensemble cast puts in as much effort as the main lead. Aashish Vidyarthy is just brilliant as the strict coach who only cares for the betterment of his pupil. Powerhouses Anjali Patil and Chhaya Kadam play Pravin’s wife and mother respectively and are the very essence of a concerned wife and mother. They do nag him constantly but their love and concern too are genuine.

Kaun Pravin Tambe belongs to Shreyas Talpade. He began his journey as a cricketer in Iqbal (2005). It’s counted as one of the best roles of his life and now life has come a full circle 17 years later. Shreyas lives and breathes his character. We see him experiencing every shade of emotions that Pravin Tambe must have gone through as he struggled with failure time and again. His eyes never lose determination and there’s always a ready smile on his lips. Shreyas makes you root for Pravin and the joy when he scores a hattrick is palpable indeed.

Director Jayprad Desai has given us a pulsating human drama in the guise of a sports biopic. You won’t see great feats of sports here. It’s a film about a common man stoically accepting everything that’s thrown his way and just putting one foot after the other in the hope of one day crossing the winning line. It might not make you fall in love with cricket but will certainly make you look at life with fresh eyes…