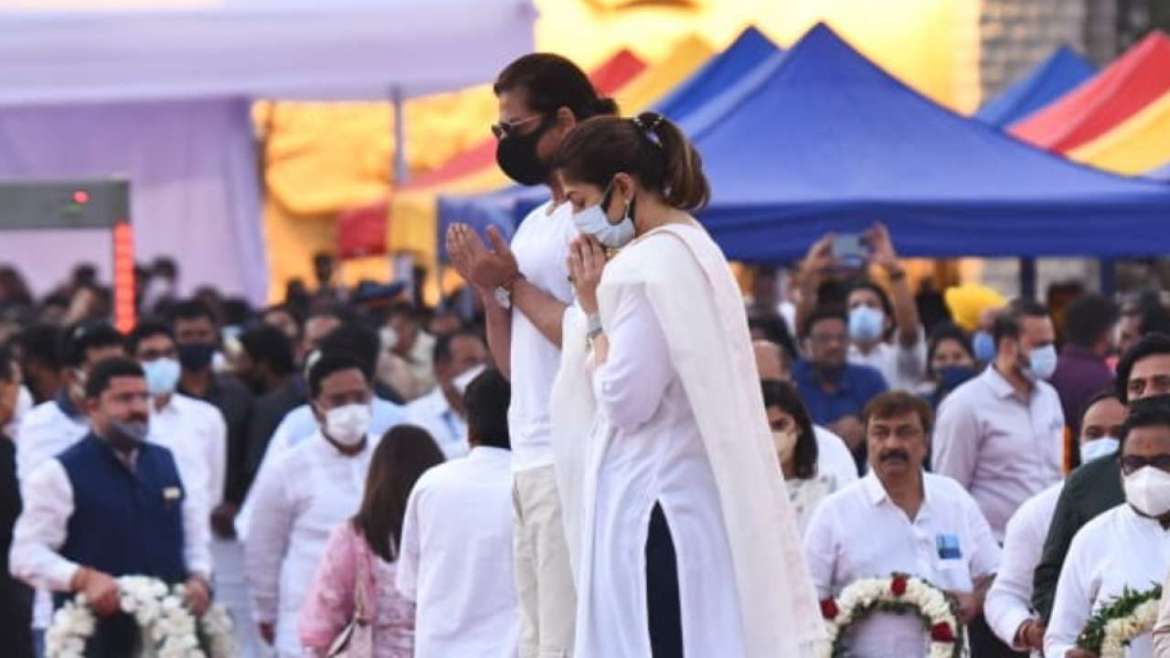 Video of Shah Rukh Khan making a dua at Lata Mangeshkar’s funeral is going VIRAL. While he blew the air to ward off the evil after finishing the dua which is a common practice in Islam, many netizens are wondering if he spit on Lata Didi’s mortal remains.

Shah Rukh Khan made a rare appearance on Sunday, as he attended Lata Mangeshkar’s funeral at Shivaji Park ground in Mumbai. SRK was accompanied to the funeral by his manager, Pooja Dadlani. The actor arrived much in advance and patiently waited to pay his last respects to the singing legend. Being extremely religious, Shahrukh Khan offered a dua for Lata Mangeshkar. For a split second he removed his mask and did a facial gesture, which several ill-informed netizens deemed as ‘spitting’. The truth is that after saying a dua, Shahrukh Khan blew air, which several Muslims follow as a pious practice.

Fortunately, many are hailing the actor and calling his gesture the best example of secular India. There is no one like him and there will never be one like him, fans feel. There is also a picture of SRK with his manager Pooja Dadlani, which is going viral from Lata Mangeshkar’s last rites. While the Pathan star has his hands up and open in dua, Pooja has her hands folded while praying for Lata Tai to rest in peace. We are glad that for the number of ignorant and hateful netizens who are talking about Shah Rukh spitting (how would one do that?), there is an equal, if not more, number of netizens who know the meaning and what is special about Shah Rukh’s gesture.