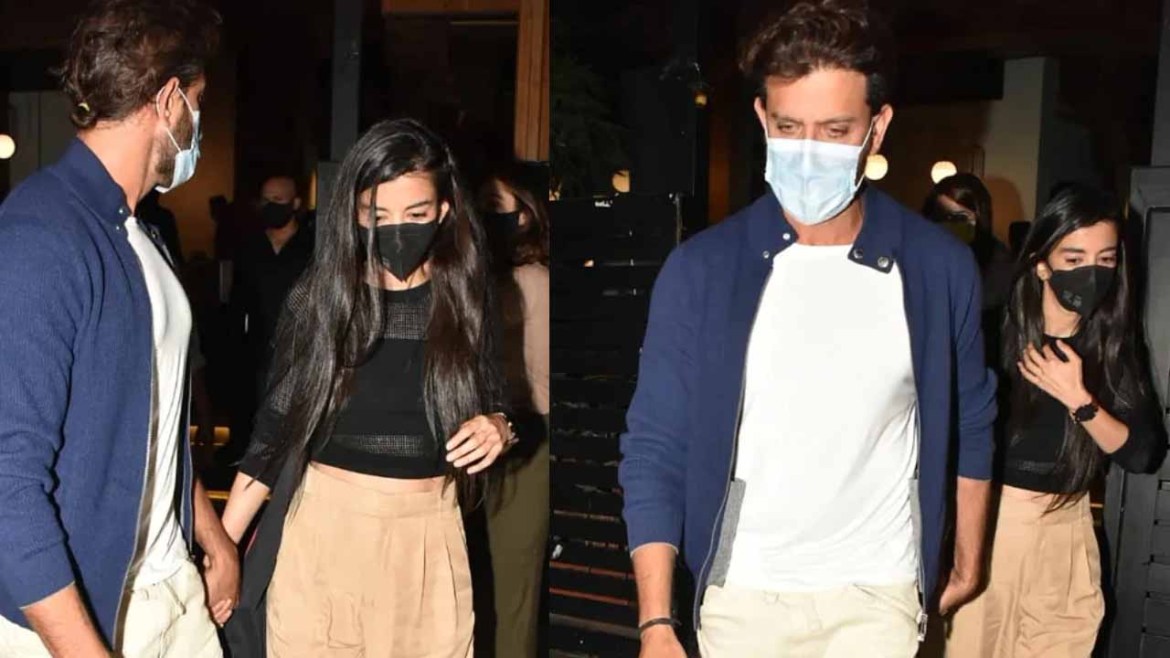 After their dinner outing, Hrithik Roshan was seen holding the hand of an unknown girl.
After doing some research, we discovered that she is actress Saba Azad, who debuted in Bollywood in 2008 with Dil Kabaddi.

Hrithik Roshan along with a mystery woman were spotted in Mumbai on Saturday evening. The paps spotted the duo holding hands as they walked out of a restaurant. Hrithik Roshan was dressed in a blue jacket. He sported his look with a white shirt and pants. Whereas the mystery woman was dressed in loose pants and a blacktop. Hrithik Roshan was seen exiting the restaurant and walked towards his waiting car, never leaving the woman’s hand. Before driving off, Hrithik also made sure to wave at the paparazzi. And ever since, fans have been wondering whether the two are dating. According to reports, the mysterious woman is a musician and actress Saba Azad.

Hrithik Roshan and Sussanne Khan parted ways in 2014. They are parents to two kids – Hrehaan and Hridhaan. The former couple is extremely amicable towards each other and have moved on in their respective lives. Sussanne is rumoured to be dating Arslan Goni and is often spotted on outings or dinner dates. Hrithik, who has been extremely tight-lipped about his dating space after divorce with Sussanne, was spotted coming out of a Mumbai restaurant with a mystery girl named Saba Azad. The duo held hands, which further sparked dating rumours. But who is Saba? Let’s find out.

WHO IS SABA AZAD?

Well, we now know that the mystery girl spotted with Hrithik Roshan is actress Saba Azad. The 32-year-old actress made her Bollywood debut in 2008 with the film Dil Kabaddi. She next starred as the lead in the 2011 film Mujhse Fraaandship Karoge opposite Saqib Saleem. Ever since her debut, Saba has appeared in 5 movies so far. Her last film was Feels like Ishq (2021). Saba is also a talented musician and lyricist. The actress has about 81.7 thousand followers on Instagram.

On the occasion of his birthday, the actor shared the first look from his upcoming film Vikram Vedha on his Instagram handle where he will be seen playing the character, ‘Vedha’. Vikram Vedha is a neo-noir action thriller film. The film is set to release on September 30 in cinemas. The cast of the film includes Hrithik Roshan, Saif Ali Khan and Radhika Apte in lead roles.