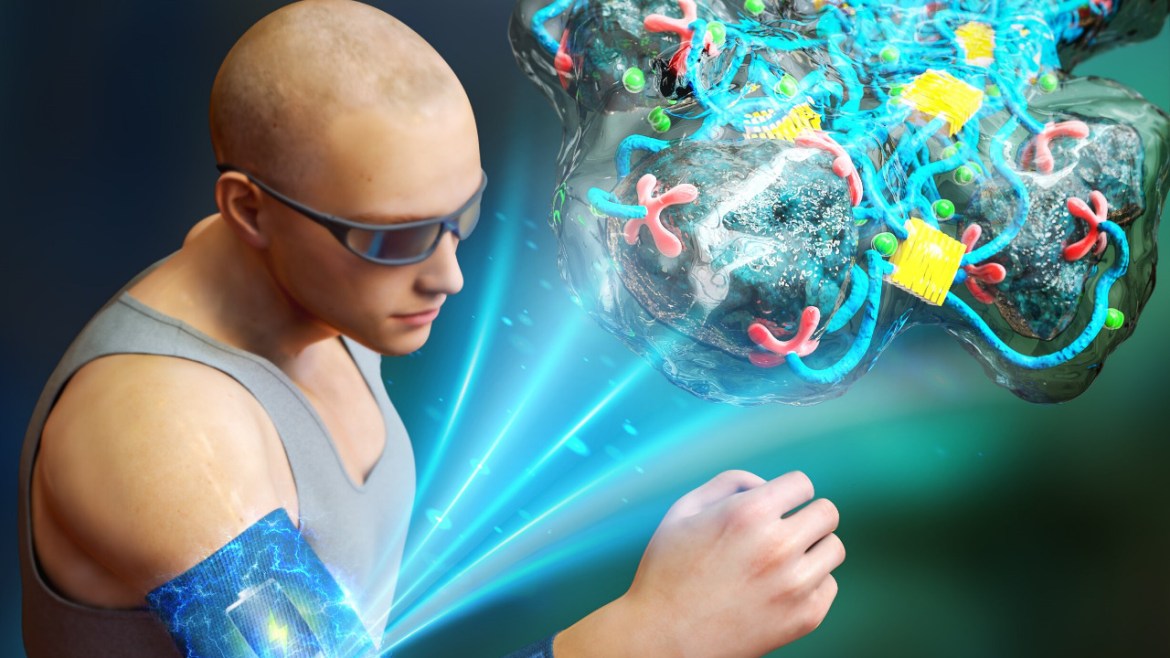 Free-form lithium-ion batteries : A Korean research team has developed a soft, mechanically deformable, and stretchable lithium battery that can be used in the development of wearable devices, and examined the battery’s feasibility by printing them on clothing surfaces. The research team, led by Dr. Jeong Gon Son from the Soft Hybrid Materials Research Center at the Korea Institute of Science and Technology (KIST; President: Seok-Jin Yoon), announced that they had developed a lithium battery wherein all of the materials, including the anode, cathode, current collector, electrolytes, and encapsulant, are stretchable and printable. The lithium battery developed by the team possesses high capacity and free-form characteristics suitable for mechanical deformation.

Owing to the rapidly increasing demand for high-performance wearable devices—such as smart bands, implantable electronic devices such as pace-makers, and soft wearable devices for use in the realistic metaverse—the development of a battery that is soft and stretchable like the human skin and organs has been attracting interest.

The hard, inorganic electrode of a conventional battery comprises the majority of the battery’s volume, making it difficult to stretch. Other components, such as the separator and the current collector for drawing and transferring charges, must also be stretchable, and the liquid electrolyte leakage issue must also be resolved.

To enhance stretchability, the research team avoided using materials utilized in other studies that were unnecessary for energy storage, such as rubber. Then, a new soft and stretchable organic gel material was developed and applied based on the existing binder material. This material firmly holds the active electrode materials in place and facilitates the transfer of ions. In addition, a conductive ink was fabricated using a material with excellent stretchability and gas barrier properties to serve as as a current collector material that transfers electrons and an encapsulant that can function stably even at a high voltage and in various deformed states without swelling due to electrolyte absorption.

The battery developed by the team is also able to incorporate existing lithium-ion battery materials, as they exhibit excellent energy storage density (~2.8 mWh/cm2) of a level similar to that of commercially available hard lithium-ion batteries at a driving voltage of 3.3 V or higher. All of the constituent components of the team’s stretchable lithium-ion battery possess the mechanical stability to maintain their performance even after repeated pulling of the battery 1,000 or more times, a high stretchability of 50% or above, and long-term stability in air.

Moreover, the research team directly printed the electrode and current collector materials which they had developed on either side of an arm warmer made of spandex and applied a stretchable encapsulant to the material, demonstrating the ability to print a stretchable high-voltage organic battery directly on clothing. Using the resulting battery, the research team was able to continuously power a smart watch even when it was being put on, taken off, or stretched.