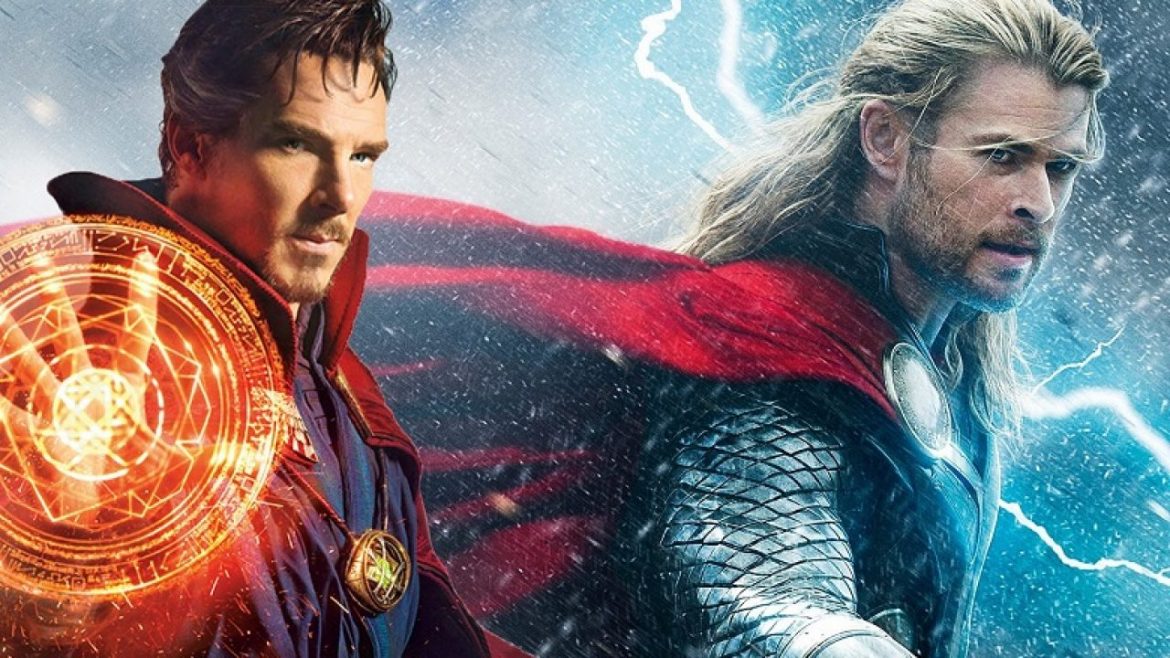 Doctor Strange & Thor : The next films starring Benedict Cumberbatch as Doctor Strange and Chris Hemsworth as Thor are the most anticipated by fans.

Doctor Strange in the Multiverse of Madness is the most anticipated film this summer, followed by Thor: Love and Thunder. The Marvel Cinematic Universe is back with Phase 4, which began with Black Widow.
With $1.89 billion in worldwide box office, its fourth picture, Spider-Man: No Way Home, is the highest-grossing film of 2021.

Moon Knight, a Marvel show that has received good reviews and ratings from reviewers and audiences alike, premiered in 2022. Fans are particularly excited for the next films starring Benedict Cumberbatch as Dr Strange and Chris Hemsworth as Thor.

In a recent poll conducted by Fandango, Doctor Strange in the Multiverse of Madness was the number 1 most anticipated film of the summer. It is followed by Thor: Love and Thunder. The number three spot is taken by Jurassic World Dominion. Other 2022 releases included in the list are Tom Cruise’s Top Gun: Maverick, Minions: The Rise of Gru, Lightyear, and more.

The survey, which included almost 6,000 ticket holders, was conducted in the first quarter of this year.
The trailer for Thor: Love and Thunder had not yet been released at the time. This suggests that even without any marketing, Marvel fans are anticipating the release of the film. Meanwhile, it was just revealed that early ticket sales for Doctor Strange in the Multiverse of Madness were the most this year.

The sequel to the 2016 film has been tipped to be full of surprises and might rival Spider-Man: No Way Home in terms of box office success. It’s also possible that it’ll be Marvel’s biggest film yet. Iron Man, played by Tom Cruise, is expected to appear in the film. More cameos are on the way, according to fans.

Doctor Strange in the Multiverse of Madness will be hitting the theatres on 6th May. While Thor: Love and Thunder will premiere two months after on 8th July. Stay tuned to Gossipdo for more!