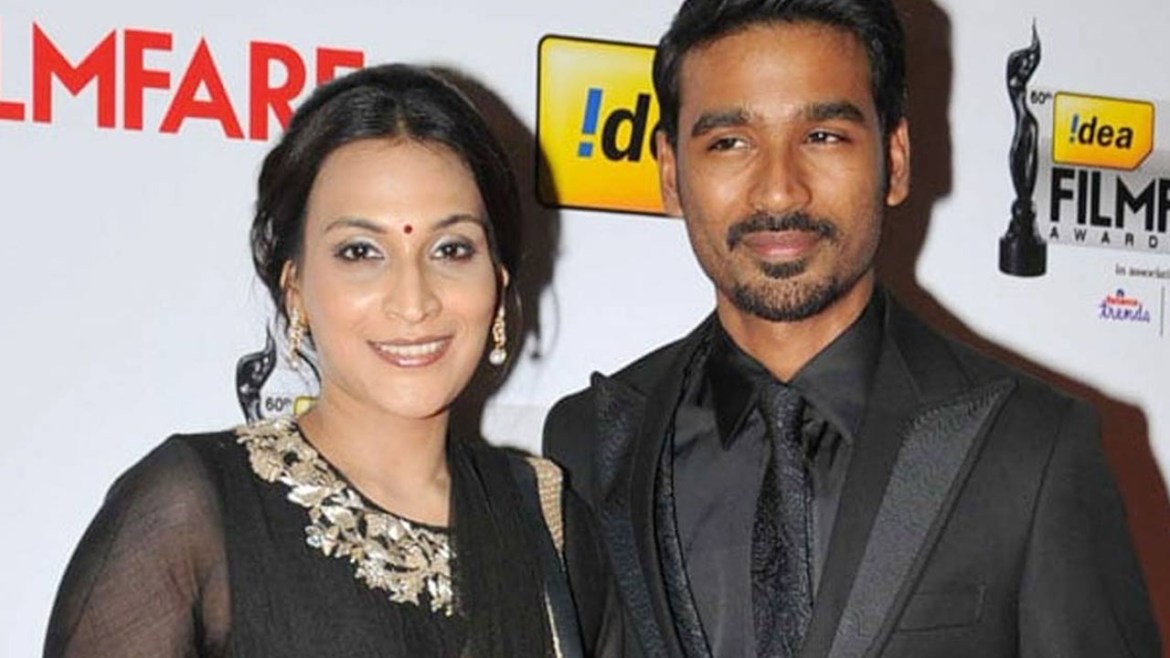 South star Dhanush and his director wife, Aishwaryaa announced on Monday that they have decided to part ways and end their 18-year-long marriage.

Requesting fans and friends to respect their decision, the couple also asked for privacy to deal with the personal matter. While the news came as a shock to fans, friends apparently saw this coming. Speculations are rife that hectic work schedule, coupled with Dhanush and Aishwaryaa’s individual life choices may have come in the way of the marriage. A report on inidiatoday.in states, “Dhanush is a workaholic. Anyone who knows him can tell that he puts his work before anything else. There have been many instances when his work commitments – travelling between cities and outdoor film shoots – have taken a toll on his family life.”

A report on TOI quotes friends of the couple stating that Dhanush and Aishwaryaa have been drifting apart in recent years due to their individual life choices. While the actor has been signing on multiple projects, which resulted in the couple hardly spending quality time together, Aishwaryaa, too, had begun to find solace in spirituality. “There were issues in their marriage, so the announcement of them choosing to part ways hasn’t really come as a surprise to those who know them well,” says a source. Under the condition of anonymity, another revealed, “The lockdown has helped them review their state of marriage and their individual expectations from it. Aishwaryaa is very much into yoga, exercise, and has also developed a spiritual bent of mind. Staying married may no longer be a necessity or priority for her in this phase.”
Over the years, Dhanush and Aishwaryaa had been plagued with rumours of an impending divorce, but the two managed to sail through. Back in December 2021, rumours about the couple hitting a rocky patch resurfaced after Aishwaryaa and Dhanush’s sisters unfollowed each other on social media.

Throwback To What Aishwaryaa Posted After Dhanush’s National Award Win

Aishwaryaa’s last post for Dhanush was in 2021, after he won the National Film Award. She posted a picture with her father Rajinikanth, who received the Dadasaheb Phalke Award – India’s highest film honour – for his contribution to Indian cinema, and Dhanush, who won the Best Actor Award for his performance in Asuran. He shared the award with Manoj Bajpayee, who won it for Bhonsle. She captioned the post: “They are mine … And this is history #prouddaughter #proudwife.”

After receiving the award, Dhanush shared a photo of himself with Rajinikanth and he wrote: “To win a National Award for best actor on the same stage where my Thalaivar was winning the prestigious Dada Saheb Phalke award was just indescribable.” He added, “Thank you to the National award jury for bestowing me with this honour. Also thank you to the press and media for your constant support.”