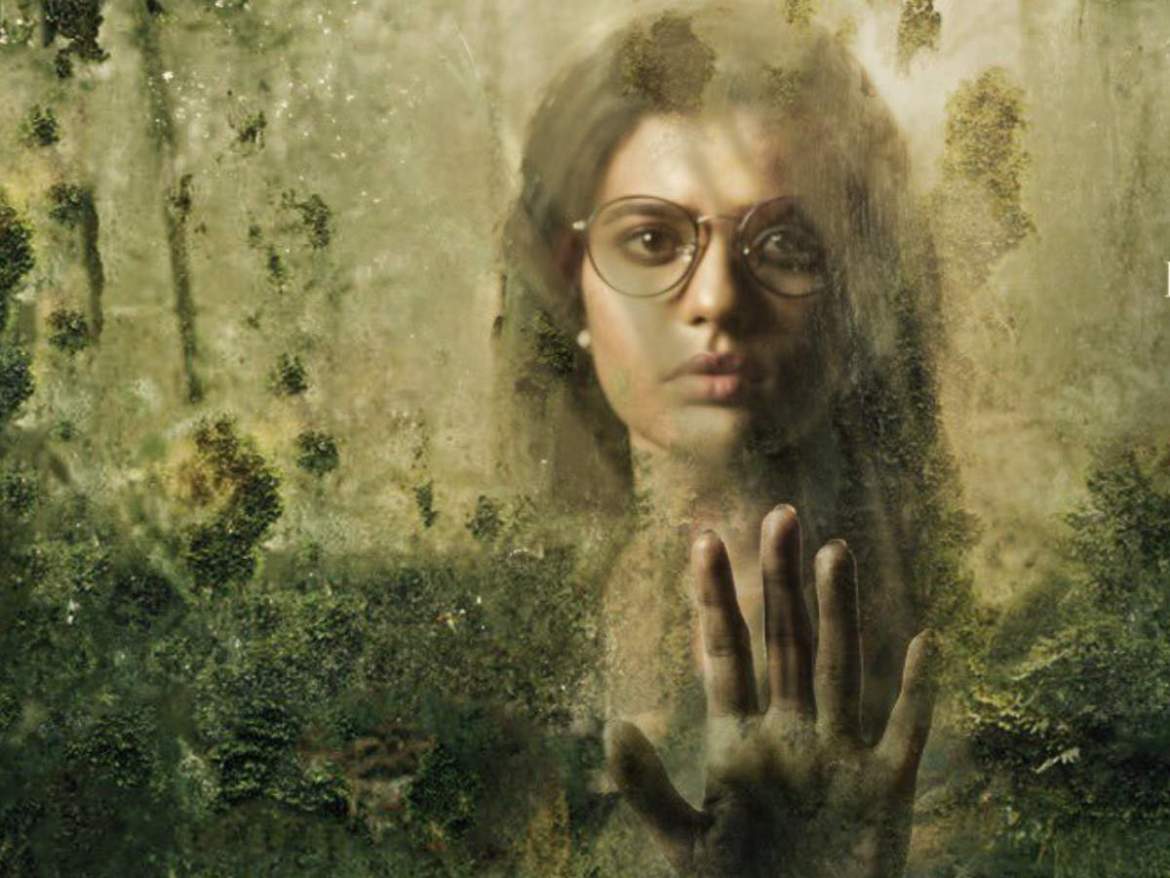 Review of the film Boomika: Rathindran R Prasad, unlike other filmmakers, aims to make this horror flick work logically. As a result, the protagonists in the film do what any average, terrified human being would do: they flee for their lives and safety.

In a previous piece, We discussed how the horror genre in India is disappearing. Our filmmakers have been locked in a time warp, with little desire to innovate and experiment, so the genre has reached saturation. We absolutely need to infuse new thought into horror in order for it to represent the current difficulties and reality. At least in that regard, filmmaker Rathindran R Prasad’s new Netflix film Boomika feels like a breath of fresh air.

In her home, a very pregnant woman finds herself alone. Her mother is nowhere to be found.
In turn, the husband continues to talk on the phone with his wife about a social media meme he recently produced. She doesn’t appear overly enthusiastic about her husband’s ability to create memes. Unexpectedly, a lorry slams into the husband’s automobile from the side, launching it into the air. As she hears the accident, the wife, who is still on the phone, is shell-shocked and helpless.
She cries out as her husband lies dead.

The movie’s title appears on the screen coupled with an ominous background score. Who was that woman? Who was the man driving the car? Why was he killed? He seemed like an ordinary man with no evil plans. After all, he’s a meme creator, what harm could he have done to deserve such a gruesome and untimely death?

The man in question is no villain. But, we later find out that he had played a role in the destruction of the planet. At least, that’s the underlying sentiment of this film. His death and a few other deaths before and after him were a kind of the earth’s way of protecting itself.

Rathindran’s attempt to flip the stereotype of who is wicked and who isn’t was interesting to watch.
He tries to pull it off, but he never succeeds. An hour into the film, the initial suspense he builds has worn off. Samyuktha (Aishwarya Rajesh), her husband Gautham (Vidhu), their son Sindhu, her sister-in-law Aditi (Madhuri), and a friend Gayathri (Surya Ganapathy) visit a site deep in the woods as part of a scheme to construct 500 luxury homes. Until nightfall, everything appears to be normal.

Gayathri appears to be communicating with a buddy. She’s delighted to have reconnected with an old friend. And, after a few eerie WhatsApp chats, she discovers that the friend was Krishna, the man who died in the opening scene accident and has been dead for a few hours. Things start to become a little rocky at this point.

Rathindran, unlike other horror flicks, attempts to make this one function rationally. As a result, the protagonists in the film do what any average, terrified human being would do: they flee for their lives and safety. The difficulty is that Rathindran’s hand can be seen in every scene. The story’s flow isn’t smooth and natural.
The story is written in such a way that Rathindran wants the listener to recognize his regard for reasoning. “As you can see, the characters are unable to leave the house for this reason.
Not because they’re stupid like in other movies,” the unspoken undertone reads. In his attempt to maintain rationality, he sacrifices the plot’s fluidity.