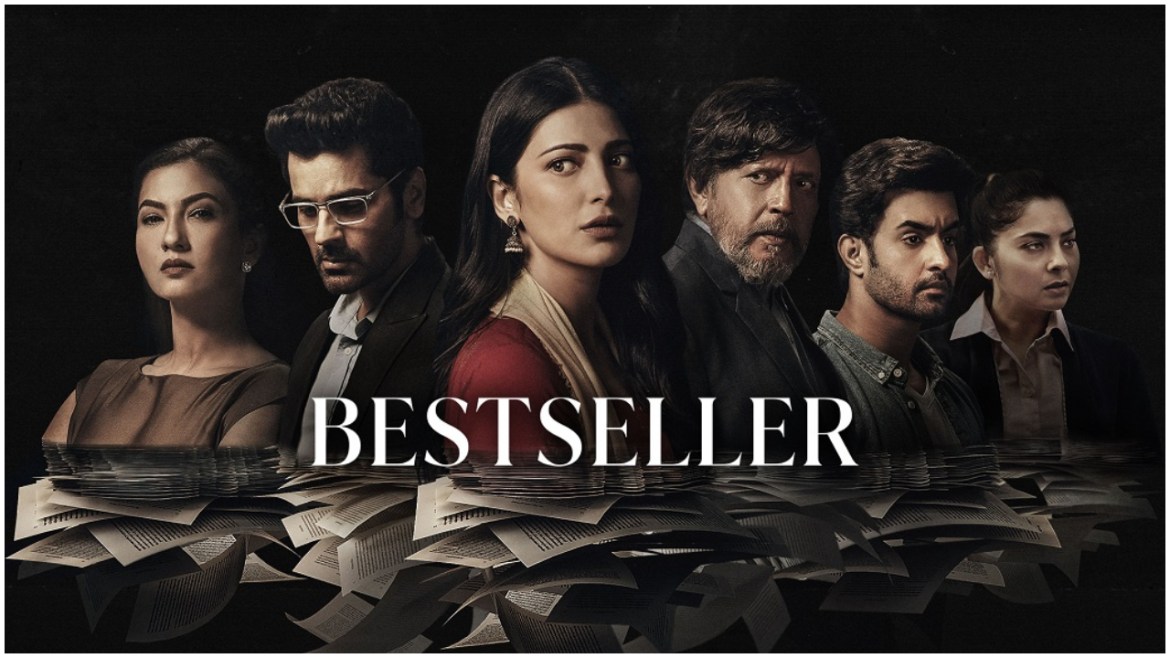 Touted to be a ‘new-age nail-biting thriller’, Bestseller reminds us of an unputdownable novel that weaves a world where every action by its characters will have multiple repercussions. The trailer introduces us to a popular novelist (Arjan Bajwa) who’s hungry to strike gold with his next book. He meets a fan (Shruti Haasan) whose life inspires him to write his next page-turner. But soon enough, the lines between fiction and real start getting blurred and a trail of dead bodies follows, as their hidden motives get revealed. Their ambitions will lead to a domino effect on many lives.

Directed by Mukul Abhyankar, Bestseller has been written by Bulbbul fame Anvita Dutt, along with Althea Kaushal. It has been produced by Siddharth Malhotra under the banner of Alchemy Production LLP.

As per the official synopsis, “Celebrated novelist Tahir Wazir, who is facing writer’s block, meets budding writer Meetu Mathur. She is a huge fan who seeks his guidance. Desperate Tahir decides to use her story for his next novel. Ad film assistant Parth is planning something vicious to destroy Tahir and his close ones. Will he succeed? Will Tahir be able to write his next bestseller? Everything unfolds in 8 chapters!”

Siddharth previously said in a statement, “I have had endless brainstorming sessions with my team nurturing, shaping and transforming this riveting story into a series that I believe will redefine ‘psychological thriller’ as a genre. Mukul Abhyankar, the director, has tied the story together in an incredible way and the highly talented and versatile cast has breathed life into the script.”