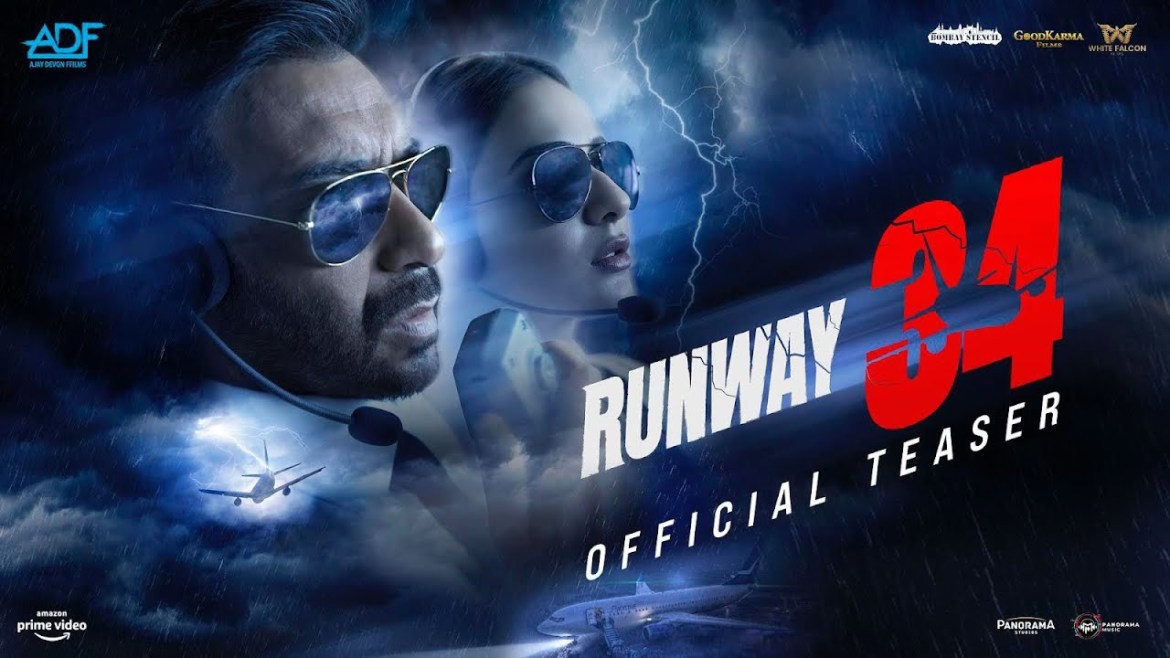 The Runway 34 trailer shows Ajay Devgn as a pilot who is being investigated for a dangerous landing.

The trailer for Ajay Devgn’s next film, Runway 34, has been released. In the film, the actor plays a pilot who finds himself in a difficult situation when his plane is unable to land at the airport owing to terrible weather. In the teaser, Amitabh Bachchan plays an investigating officer who is looking into an event in which Ajay’s Captain Vikrant Khanna forced-lands a flight against warnings and instructions not to.

The trailer introduces Ajay as Captain Vikrant Khanna. While he is adamant that he did not do anything wrong, Amitabh schools him about how making mistakes is normal but one should accept them as well. The film seems to be a gripping tale about finding what actually happened 35,000 ft above the ground.

Earlier, Salman Khan had unveiled the Runway 34 teaser on his social media platforms. He said that unlike every year, he doesn’t have a film release this Eid and hence, it would be Ajay who would release his film as ‘Eidi’ for his fans this year. Sharing the teaser on Instagram, Salman wrote, “I don’t have any film ready toh maine apne bhai @ajaydevgn se request ki hai if he can come on Eid, Eidi dene ke liye. Chalo iss Eid hum sab celebrate karenge aur dekhenge #Runway34 (I didn’t have any film release on Eid this year, so I have requested my brother Ajay Devgn to come on Eid with the Eidi (gift). We all will celebrate Eid and watch Ranway 34).”

Runway 34 has been directed and produced by Ajay Devgn. Talking about the film, he said in a statement, “Runway 34 is a high-octane thriller inspired by true events. It is special to me for many reasons.” The film is said to have been inspired from the true story of the Jet Airways Doha-Kochi flight in 2015. It also stars Rakul Preet Singh, Boman Irani and Carry Minati. Runway 34 was earlier titled Mayday before it was changed.