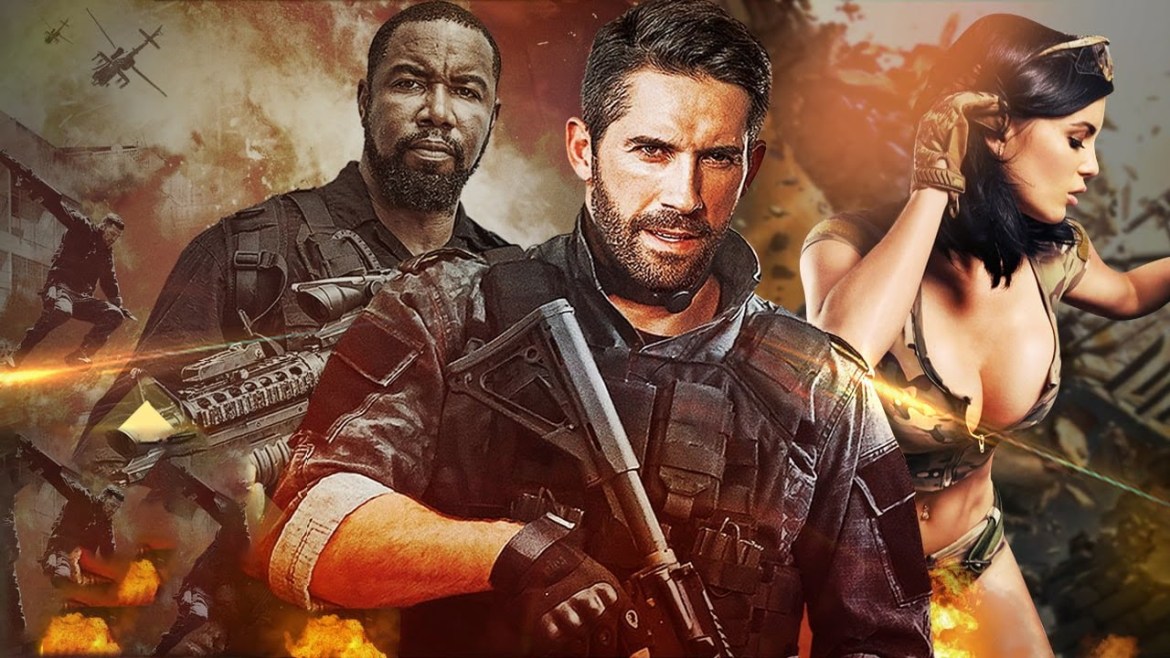 Just like romantic comedies, horror films, and other movie genres, action movies are subject to their own series of stereotypes.

Action movies, like romantic comedies, horror flicks, and other film genres, have their own set of cliches. While some action films cleverly subvert these clichés, they’re nonetheless prevalent enough that we can construct a list of them.

At their essence, action movies are supposed to entertain us. Fast-paced automobile chases, witty one-liners, and stunning battle sequences are all amplified in this film. Every ordinary activity gets exponentially more difficult. Is it even possible for these characters to eat? Action films aren’t designed to be reality-based. Even if some manage to ground themselves with gripping, honest drama, they’re simply a lot of fun.

As a result, numerous action films are likely to follow the same template. Part of the appeal of an action film is that you know what to expect before you start watching it. Large explosions, unbelievable events, and smooth-talking individuals are all part of the package. However, when you think about it, a lot of these tropes are really unrealistic.

It isn’t a question of whether these stereotypes are good or negative. Action movies are no exception to the rule that certain genres thrive on predictability. Die Hard or The Matrix are two examples of action movies that employ these cliches without sacrificing quality.

The 10 Most Ridiculous Tropes In Action Movies

Good luck finding an action movie that doesn’t have at least a few of these stereotypes.1. Coming Out Of Retirement… Or Vacation

1. Coming Out Of Retirement… Or Vacation

An action hero is just about to enjoy his retirement (or a relaxing vacation) when he immediately gets roped into his next mission. It always seems to go that way, doesn’t it? Whether jaded by experience or wisened by age, many protagonists eschew a life of perilous action to enjoy some domesticity and peace. That is, until they get the call — then they’re back in. But don’t think for a second that they won’t be complaining the entire time. To quote Danny Glover’s character from the Lethal Weapon series, “I’m getting too old for this s—.”

Ginger Rogers is quoted as saying, “A woman can do everything a man can do, but backwards and in high heels.” But we don’t think that she meant this literally, the way that so many action movies seem to. Action flicks often require characters to run as fast as they can, which is hard enough without 6-inch stilettos. And yet for some reason, so many heroines manage to sprint without taking off their heels first. It would be one thing if their running was actually affected by their footwear, but their speed or agility isn’t hindered at all.

Notable Examples: Daredevil, In The Line Of Fire, Spider-Man: No Way Home

Some movies establish a clear villain right from the get-go. Others take their sweet time revealing who the Big Bad is, using it as an opportunity for a major plot twist. But once these villains have made their presence known, it’s pretty clear that the protagonists want to take them down, or at least stop them from wreaking havoc on unsuspecting civilians. Which is why it’s so crazy that — when given the opportunity to strike the villain down — so many heroes choose to spare their adversary. It’s admirable on the part of the protagonist, but it’s just not realistic.

This cliché exists as more of a practical filmmaking technique than anything else, but it can really look bizarre in certain scenarios. Basically, when a gang of villains plans on attacking the protagonist, they do so one at a time. While it would make way more sense to storm the hero all at once, this would lead to a very convoluted, very messy fight scene. A one-on-one fight is much cleaner to shoot, and can also extend the action for longer. It does look pretty silly when the bad guys are patiently waiting their turn to fight, though.

Notable Examples: Hard to Kill, Out For Justice, Commando, Rambo

We’re not talking about genetically altered superheroes who are canonically invincible. Rather, we’re referring to human action heroes who somehow manage to survive every gunshot, every wound, and every punch without so much as a scratch. In real life, blood loss is a very present concern — one stab, and you’d at least have to sit it out for a while. But these protagonists continue to move forward unscathed, which is pretty badass — but also wildly unrealistic.

Look, the ticking time bomb trope is actually pretty cool. It’s an effective way to infuse a scene with tension, raising the stakes to sky-high levels. The real problem with it is how the amount of time remaining on the clock never actually coordinates with the length of the scene. While it can be chalked up to the magic of editing, it’s still pretty weird to have a scene stretch on when you know very well that the clock is nearly at zero.

Notable Examples: Speed, Jurassic World, Indiana Jones and the Raiders of the Lost Ark, The Matrix

As Keanu Reeves’ character in Speed so eloquently puts it, “Relationships that start under intense circumstances, they never last.” And yet somehow, in Reeves’ Speed and many other action films, the main guy and girl almost always get together romantically after they’ve undergone the most traumatic experience of their lives. Movies in general tend to put a more romantic spin on life, so it’s not surprising that this bleeds into the action genre. As much as we love punching and gunfights, a well-earned kiss can cause an audience to cheer. It’s just that in real life, the odds of you being trapped inside a careening bus with a mega hottie are low — and the odds of you guys totally hitting it off are even lower.

So many action movies are guilty of this. The regular conventions of firearms — namely, the notion that they can only hold a finite amount of bullets — is routinely ignored. Whether they’re firing from a motorcycle, out of a car window, or on top of a building, these characters have no time to reload their guns. And that’s fine, considering their weapons never seem to run out of ammunition. Even when a character does reload his or her gun, it’s after an obscene number of missed shots.

9. Leaving Your Hair Down

This trope tends to crop up most in superhero action movies, since the characters are based on comic book characters. In comics, heroes can rock waist-length hair while still fighting crime — they’re just drawings, after all. But that logic doesn’t exactly translate to live-action films. Luckily, Marvel has corrected this flaw with the character of Black Widow. During her first appearance in Iron Man 2, she goes up against bad guys with a mane of loose curls that somehow never get tangled. But in her standalone movie Black Widow, Natasha Romanoff sports a pulled-back braided style that’s way more practical.

Would it really be an action movie without an overwhelming amount of explosions? When in doubt, set something on fire! Make it turn into smithereens! It doesn’t matter if it’s a building or vehicle — if it can hold a bomb, it’s fair game. Explosions are the bread and butter of the action movie genre, but at times, they can become a little too heavy-handed. When used often enough, they become almost comical. There are other more nuanced ways to inject a storyline with suspense and thrill without defaulting to blowing something up.