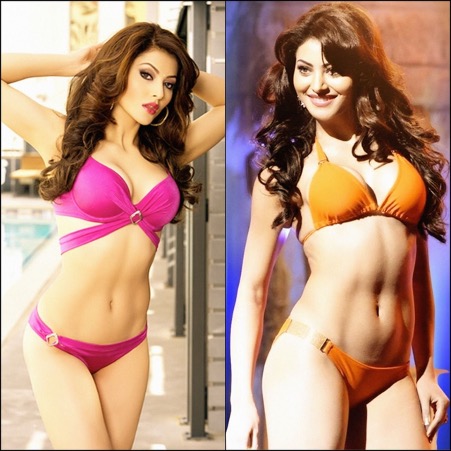 When Sharmila Tagore wore a bikini in the movie ‘An Evening in Paris’, it not only made big news but also raised eyebrows in the conservative Indian society. There was a phase when audiences would especially go to watch a movie if they knew that it had an actress donning a bikini. However, times and changed and so has the attitude of Indians and Indian society towards the two piece. Bollywood actresses do not shy away from flaunting their curves in bikinis these days. And gone are the days when one photograph of an actress in a bikini would make news. But yes, some stunning shots from Bollywood actresses in bikinis often break the internet!

Here are some of the bold Bollywood actresses of recent years who sizzled in bikinis.

While Aditi Rao Hyadri set the mercury rising with a red-pink bikini in the movie Boss, she has also appeared on several magazine cover shoots wearing two pieces.

One of the very few images of Aishwarya Rai in a bikini during the Miss World Competition.

Alia Bhatt raised eyebrows wearing a yellow bikini in her first movie itself, but this pretty pink two piece in Shaandar was even better!

Anushka Sharma has appeared in bikini in many movies and magazine covers, however, this black two piece she wore in Ladies Vs Ricky Bahl was her first on the silver screen and probably the hottest.

Bengali beauty, Bipasha Basu was bold and beautiful right from the time she started her career in Bollywood. Bips often flaunted her dusky skin and curves in bikini in photoshoots.

Deepika is one of the actresses with the best bikini bodies in Bollywood. Deepika Padukone has been making jaws drop with her perfect curves in two pieces every now and then. She was seen wearing a red two piece bikini in Cocktail. Besides, her sizzling hot bikini photos in Kingfisher calendar was also loved by her admirers.

Diya Mirza was one of those Bollywood actresses who rarely wore bikinis on the silver screen, but this shot from one her shoots was special.

India’s national crush – Disha Patani often posts her sizzing pics in bikinis on her Instagram account. And she never disappoints!

Sri Lankan actress and former model, Jacqueline Fernandez is one of the hottest stars in Bollywood today and has one of the bikini bodies too!

The bold, beautiful and outspoken Kangana Ranaut who has shut several mouths with her fearless and filterless words has also raised the temperature in bikinis. He white bikini in Rascals and black lingerie from a photoshoot deserves a special mention.

One of the most popular actresses of recent times, Katrina Kaif is also one of the most beautiful and hottest. She has been seen wearing stunning bikinis for magazine covers and in movies like Baar Baar Dekho!

One of the latest entrants in the club of Bollywood actresses in bikinis, Kiara Advani has just started what looks like a promising career in the industry. And her bikini looks has already earned a fan base!

Former Miss Universe Lara Dutta was one of the boldest actresses in the 2000s. She was seen wearing bold two-pieces in Blue. And when comes to a perfect bikini body, Lara Dutta is one of the best from Bollywood.

Former Miss World, Priyanka Chopra has rocked the bikini looks innumerable times in the recent years. Be it her first movie Andaaz or her recent appearances in Hollywood, Priyanka Chopra always looks amazing in bikinis!

Hailing from a family of great legends, Sara Ali Khan has recently made her debut in the Bollywood. And her hot bikini photos are yet another proof that she has got the looks and body to stay here for a really long long time!

Here’s Sharadha Kapoor raising the temperatures with her bikini looks!

While Sonam Kapoor often makes it to the news for her placards and tweets, she also wins the hearts of audiences with photos like these. She was seen wearing a perfect pink two-piece bikini in  Bewakoofiyaan.

If you thought giving ‘befitting replies’ was the only thing Tapashee was good at, these photos might prove you to be wrong. While Tapashee was seen wearing a one-piece in Judwaa starring opposite Varun Dhawan, she has also set the temperatures soaring several times with her perfect bikini looks on Instagram.

One of the newest yet hottest entries to this list of Bollywood actresses in bikinis is siren Urvashi Rautela. Young, bold and beautiful, Urvashi looks simply stunning in bikinis.

Vaani Kapoor has made a name for herself in the B’Town recently with her roles in Befikre and War. And she rocks her bikini looks as well.

Minissha Lamba had made her debut in Yahaan – a calm and simple story way back in 2005. But soon she came out of the cocoon showing the audiences her bold bikini avatar and absolutely rocked it!

Former Miss India Esha Gupta has often broken the internet with her absolutely stunning bikini body and colorful two-pieces. (And sometimes, without them)

While she is not seen very often in movies and silver screen these days, Nargis Fakhri is often seen on Instagram posting her vacation pics in sultry bikinis.

And last but definitely – Sunny Leone shining like ever in a yellow bikini. Need we say more!